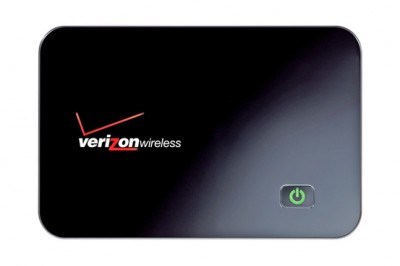 At the Consumer Electronics Show in Las Vegas, everybody wanted to talk. And when they talked on their mobile phones, they put a great deal of stress on the mobile phone carriers. We tried to figure out who handled the load the best.

CES is the biggest technology convention in the US. This year it once again broke attendance records with 153,000 analysts, exhibitors, and journalists. Regardless of your place in the industry, having mobile service in Sin City during the week-long extravaganza is the single-most important thing everyone must have.

To do the testing, I brought along four phones (plus my personal phone), one on each carrier. Here are the phones I used for testing:

All four tested devices work on 4G networks, and both the Galaxy Nexus and Vivid have access to LTE networks. Because I, along with Venturebeat staffers, also covered the show, testing on which cell provider worked best during CES was not purely scientific. It was all real-world testing using data and telephony when there was a need to use the phones. Of course, at CES, that was constantly.

The best overall coverage came from, in a word, Verizon.

Nearly every carrier provided similar call coverage and quality, but data speed and coverage varied wildly. Verizon was the only provider that consistently had solid performance, both over LTE and 3G. All three other cell carriers were in a constant state of flux, but for one specific reason: there was no upstream bandwidth. Sprint had waves of data coverage, where data speeds would fluctuate between 0-300kbps. AT&T and T-Mobile almost consistently had little to no upstream bandwidth.

Testing data speeds with Ookla’s Speedtest.net app, both on and off the show floor, AT&T and T-Mobile’s networks struggled to find any bandwidth. Download speeds ranged from 100-12,000kbps, but it almost never mattered because there was no upstream bandwidth. Suffice it to say, both GSM carriers’ tubes were clogged.

Verizon was the only carrier who almost never dropped a data signal and always had enough bandwidth to download new emails, upload photos and documents, and do so consistently. Sprint regularly received emails and push data faster than Verizon. For hotspot use Verizon had the most stable network, though transfer speeds even over LTE were fairly slow because of the high volume of users. It was enough for mobile and even minimal laptop use.

On the strip, my findings were the same. AT&T, which recently began providing LTE in Las Vegas, was mostly unusable because of so little upstream bandwidth. In tall hotels data speeds were significantly slower, and LTE and even 3G networks were completely dropped the higher up I went. This is an unfortunate problem, especially since most hotels do not have free Wi-Fi. Further off the strip data speeds increased, but not during the main show days.

While Sprint proved to be second best for data, because data fluctuated so much using GPS navigation was surprisingly difficult. Strangely AT&T and T-Mobile didn’t have this problem, and the tested Epic 4G Touch has no problems with the GPS in Los Angeles. Verizon proved to be the best for navigation.

Call quality, as mentioned earlier, was similar across all networks, likely because most communication was done over data during the show. I made calls across all carriers and dropped or could not connect only in poor connection areas, such as hotel parking lots or underground.

In short, here is how each cell provider fared:

Because most of us enjoy, or attempt to take advantage of the best local cell provider, my recommendation for future attendees or at other conventions is to use a company Mi-Fi card from Verizon.