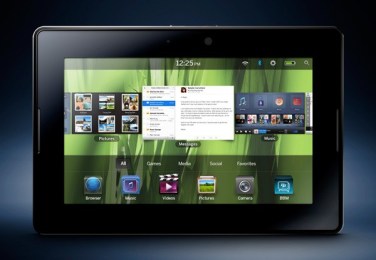 Surprising no one, a Research in Motion vice president confirmed this morning that the fancy new QNX operating system in its BlackBerry PlayBook tablet will eventually replace the traditional BlackBerry OS in its smartphones, Intomobile reports.

Speaking to attendees of RIM’s Developer Conference over a breakfast event, the VP said that the transition to the new operating system will take time. He said that BlackBerry OS 7 — which doesn’t have a release date and is likely a year or two off — will be a step towards a full switch. RIM just unveiled its BlackBerry 6 OS in August with the release of the BlackBerry Torch 9800.

Given the many benefits of the QNX OS over RIM’s BlackBerry OS — including increased stability and efficiency, as well as strong multimedia capabilities — it was widely expected that RIM would eventually make that its sole operating system. Still, the confirmation from a company official is heartening. RIM acquired QNX Software Systems, the company behind the PlayBook’s OS, earlier this year.

RIM has said that some existing BlackBerry applications will run on the PlayBook, but it’s not clear if they will run via software emulation or not (the tablet’s impressive hardware could certainly support emulation). RIM should be doing everything in its power to replace its aging BlackBerry OS with QNX software, but realistically the company can’t abandon its previous OS entirely without considering users who depend on BlackBerry apps.