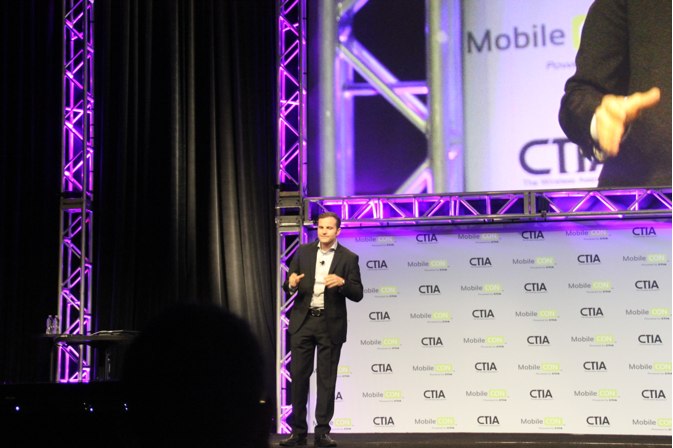 SAN DIEGO, Calif. — BlackBerry 10, the hyped mobile operating system that could resurrect the Research in Motion brand, is still months away from reaching consumers. Thousands of developers, however, were given early access to the platform to build BlackBerry 10-ready applications.

The reveal is an important one. RIM is bleeding developers to Android and iOS, and any comeback story will be hinged on the company’s ability to attract the best developers to its platform. Native versions of Facebook, Twitter, Foursquare, and LinkedIn, as previously announced, simply aren’t going to cut it. 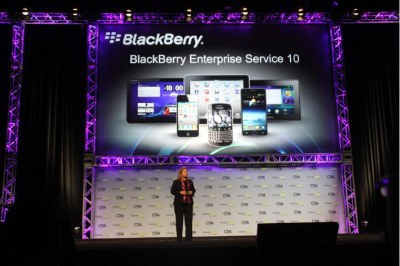 Wednesday, Gadway and RIM CIO Robin Bienfait also pitched the BlackBerry 10 platform to enterprise and IT professionals looking for a bring-your-own-device ready platform.

Gadway demoed how a consumer could use BlackBerry 10 to run App World for personal and business needs simultaneously. BlackBerry 10 is a seamless, easy, and fast solution for end users to be more productive, he said. “It’s fast and easy to deploy as a BYOD,” he added.

With an uncertain release date still months away, it remains to be seen whether RIM’s efforts around making BlackBerry 10 both consumer- and enterprise-friendly are enough to recapture the market share it has lost in recent years. By comScore’s account, RIM holds just 8.3 percent of the U.S. smartphone subscriber market. Google and Apple have 52.6 percent and 34.3 shares respectively.