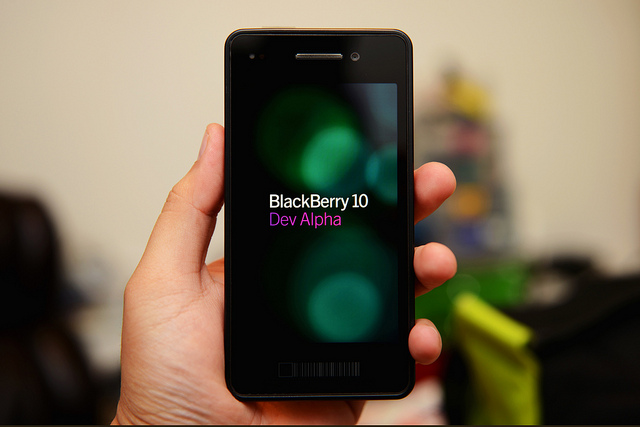 BlackBerry 10 is late. And I’m not just talking about missing a few release dates. It could very well be too late for Research in Motion to make an impact in today’s smartphone market with the iPhone and Android reigning supreme — where even Microsoft has a several-year head start.

But that’s not stopping RIM from holding a massive launch event for BlackBerry 10 in New York City tomorrow. There the company will finally unveil its new smartphones, discuss how popular apps like BlackBerry Messenger will live on, and explain how BlackBerry 10 is different from the competition. Ultimately, RIM will try to prove it’s still relevant.

From my brief hands-on time with BlackBerry 10, RIM is genuinely trying to bring something new to the smartphone world by focusing on productivity, multitasking, and security capabilities that IT departments will surely love. It’s nothing groundbreaking, but it’s enough to bring the company into the modern smartphone era.

Tomorrow we’ll finally get to see if BlackBerry 10 is more than “good enough” and if RIM’s new devices can keep BlackBerry fans loyal (and maybe even convince a few other smartphone owners to jump ship). The company also has to put on a good show to impress developers (it’s already helped coax 15,000 apps onto BlackBerry 10 with promises of cash).

While I don’t think RIM is going to outright disappoint with BlackBerry 10, the company’s bigger problem is that it simply isn’t exciting anymore. The BlackBerry brand has lost most of its luster — and for good reason. RIM practically ignored the advances made by the iPhone and Android. And when it finally decided to respond with a touchscreen smartphone, we got the disastrous BlackBerry Storm.

It seems like no matter what RIM does, it can’t escape the narrative of being a struggling old dinosaur. But with 80 million users and better-than-expected revenues last quarter, it’s a dinosaur that won’t exactly go extinct overnight. In the worst case, RIM could give up on hardware altogether and license the BlackBerry platform (something that still seems to be on the table). In the best case, RIM will slowly regain market share to solidify it’s third-place position.

But the most likely scenario is that RIM will continue trucking as usual by appealing to its current users for as long as possible.

“We can’t fault RIM for wanting to hold onto its 80 million existing subscribers,” notes Ovum chief telecoms analyst Jan Dawson in a commentary piece today. “While exact figures aren’t available, our analysis suggests that RIM has always sold about half its devices to new customers and half to existing customers upgrading to a better phone. For much of the last two years, the portion bought by upgrading customers has significantly outweighed the portion bought by converts, and this makes it all the more important for RIM to retain existing subscribers.”

Dawson predicts that RIM will see a slight sales and market share bump after the launch of BlackBerry 10, as the BlackBerry faithful finally get the new platform and hardware they’ve been waiting for. But afterwards it will likely decline once again.

“All in all, BlackBerry does need to appeal to end users,” said Jack Gold, chief analyst at J. Gold Associates, in an email to VentureBeat. “If it can’t get grass roots user support, it will have a tough time. That said, it doesn’t have to get a 50 percent market share to be successful. Even if it got 20 percent to 25 percent of the smartphone market worldwide, that would be a huge number for them.”

VentureBeat will be on the ground at RIM’s NYC launch event tomorrow, so check back for more.