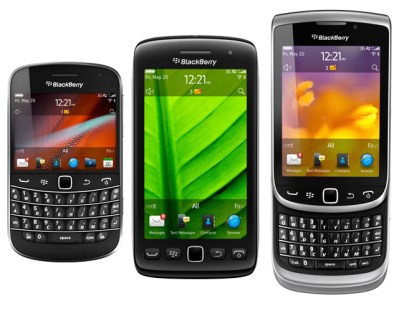 Showing that it’s not quite dead yet, Research in Motion aimed to “bust a few myths” about its BlackBerry app ecosystem at the company’s Europe BlackBerry DevCon today.

RIM VP of developer relations Alec Saunders pointed out that the company is now seeing over 6 million daily downloads from its App World store, reaching 174 million per month (and over two billion downloads in total). But most importantly, Saunders wanted to dispel the notion that developing for BlackBerry isn’t profitable, the Verge reports.

Saunders said that the company’s App World generates 40 percent more revenue than the Android Market, which makes RIM’s app ecosystem the second-most profitable behind iOS. He cited data that suggests the App World gets 43 percent more daily downloads than the iTunes App Store as well as more paid downloads than the Android Market. 13 percent of BlackBerry developers have made over $100,000 from RIM’s App World, Saunders said.

Until we get access to the data Saunders is referring to, we’ll have to take his word for it. But I wouldn’t be too surprised if BlackBerry’s app platform is generating more money than Android now. BlackBerry users who’ve stuck with the platform so far likely wouldn’t mind paying money for apps. And from what I’ve seen, the App World is filled with far less junk than the Android Market.

While it’s nice to hear that RIM’s app business is doing well, the real task for the company will be to keep it up until its long-awaited BlackBerry 10 devices arrive at the end of the year. 2012 is going to be a tough year for RIM, so I suppose the company better tout its current successes while it can.