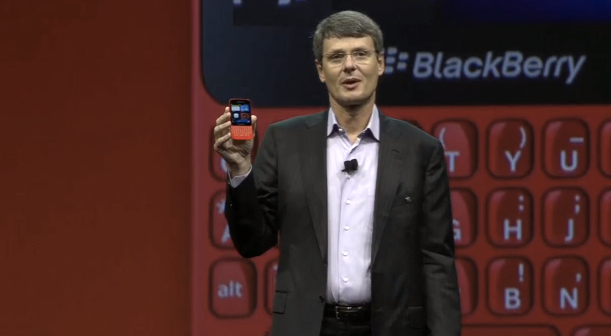 Proving that BlackBerry is targeting all markets, Heins announced the company’s first budget BlackBerry 10 device, the Q5. It’ll come in red, white, black, and pink, and Heins describes it as a device “built for emerging markets.” It looks like a colorful version of the company’s previous BlackBerry Curve line.

The Q5 will launch globally this summer, but no pricing was announced. (Expect it to be cheap, obviously.) 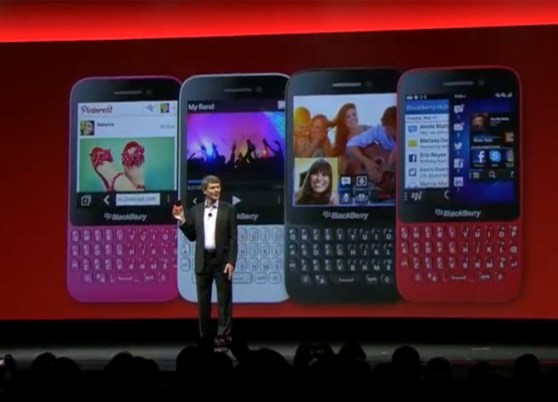 “Some of you said last year would be the last conference for BlackBerry. I’m happy to say, they were wrong,” said BlackBerry CEO Thorsten Heins on stage at the event. “We are not only still here, we are firing on all cylinders as a company… We’re definitely in the race. In one year, we’ve brought this company to a profitable quarter.”

BlackBerry needs all the help it can get. I loathed the Z10, which was so half-baked it felt like a device the company should have released two years ago. The keyboard equipped Q10 seemed like a better fit for the company’s audience, but it wasn’t released until several months after the Z10.

“We will show the world that Blackberry understands mobile better than anyone else … it is in our DNA,” Heins said. “BlackBerry 10 as a platform is built for mobile.”

BlackBerry now has more than 120,000 apps in its app store, and it’s getting popular apps like Skype with the recent BlackBerry 10.1 update. The company also lets developers easily run Android apps on BlackBerry 10, so it’ll be interesting to see just how many of those apps are actually from Google’s platform.

For a more real-world view of what QNX can do, Heins was join on stage by Johann Jungwirth, the CEO of Mercedes Benz’s North American R&D group. Jungwirth pointed out that QNX is already being used in some Mercedes cars. “All of the cars we are bringing to market now are connected and have the ability to be ‘always on,'” he said.