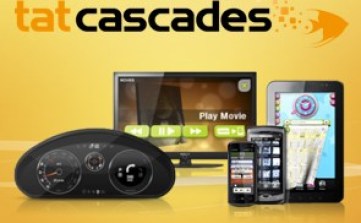 TAT is well-known for its attractive user interfaces. The company was chosen by Google to polish the interface of its first Android phone, the G1. That device wasn’t particularly attractive on the outside, but TAT’s interface design made it seem more like a legitimate competitor to the iPhone at the time. TAT has also designed a 3D Android home screen, and was selected by Fujitsu to design the interface for its upcoming dual-screen phone.

RIM’s BlackBerry PlayBook tablet will be its first device to sport RIM’s new OS, which is based on software that RIM acquired from QNX. It promises to bring RIM into the modern age for mobile user interfaces with a focus on touchscreens and media. Eventually, the new OS will find its way to other BlackBerry devices. That’s a good thing, because as the BlackBerry Torch shows, RIM can only continue to stretch its existing BlackBerry OS so far.

That RIM bought TAT, instead of just contracting its services, is a sign that it’s taking mobile interface design more seriously than ever. It’s also a loss for other platforms — Android in particular — as I don’t suspect TAT will continue to produce any new design work outside of RIM.