BlackBerry has introduced a new Private Chat feature to its BBM messaging app for Android, BlackBerry 10, and iOS. The feature has been around in beta builds for a number of weeks already, but today sees it officially land in the full public version.

With Private Chat mode, you can now instigate a one-on-one conversation but hide the participants’ names from view, meaning any screenshots that are taken won’t reveal the identities. Furthermore, a Private Chat is deleted from both users’ phones whenever the conversation is closed or lies inactive.

So, here’s what a normal conversation looks like in BBM: 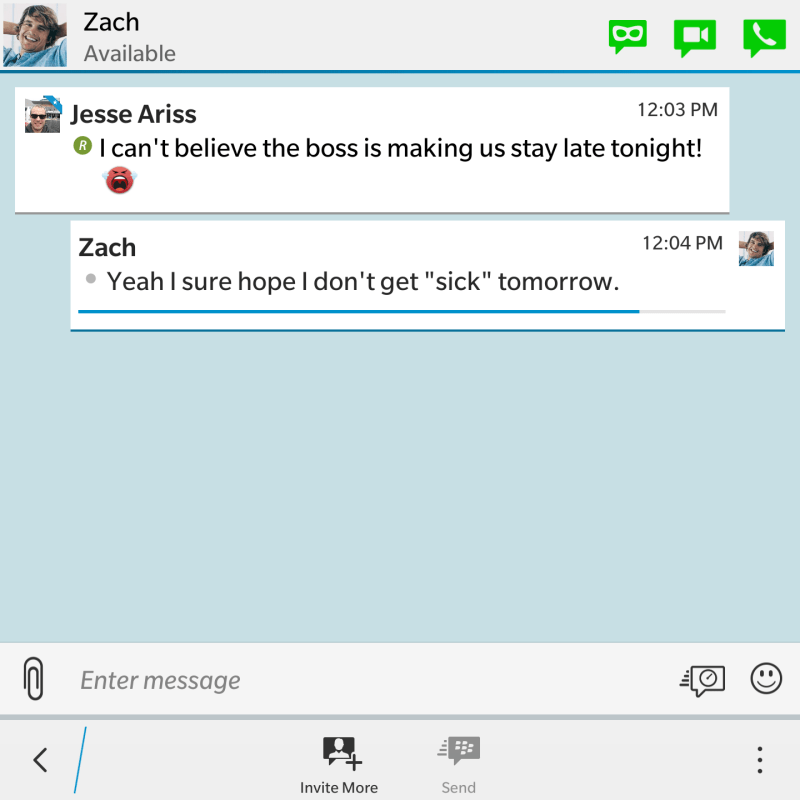 And here’s a Private Chat — you’ll note there’s no profile pictures and no names. Only the two people in the conversation know who’s who. 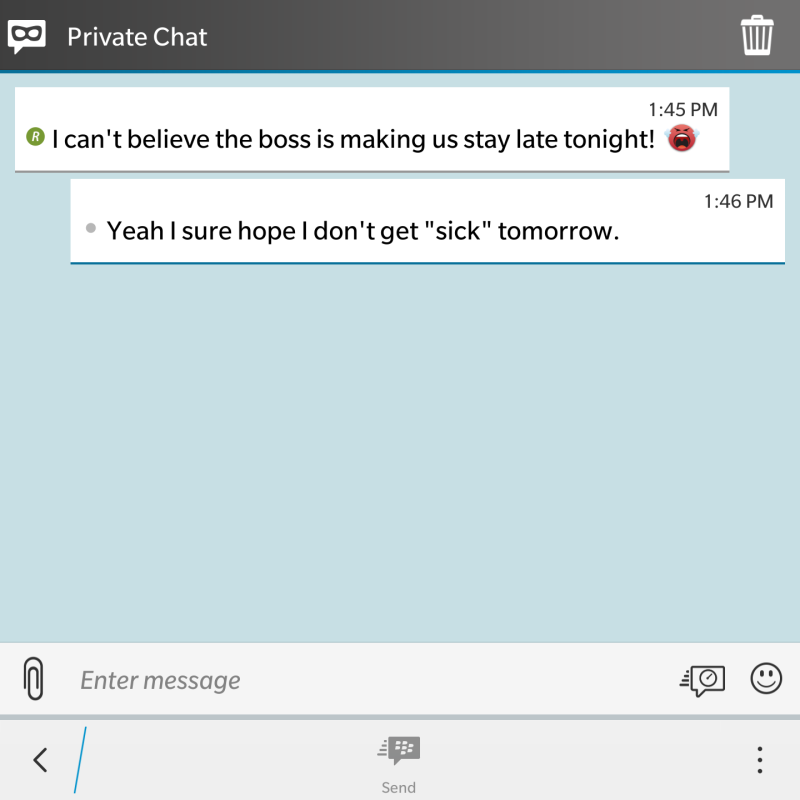 While BlackBerry has been struggling in the hardware realm for a while, it still offers software that is popular in both the enterprise and consumer realm. Indeed, by opening BBM up beyond BlackBerry handsets and onto Android and iOS in 2013, the company sought to build on the messaging app’s popularity and challenge the incumbents on other platforms, including the likes of WhatsApp and Facebook Messenger.

While BlackBerry still faces a tough uphill battle, it is seeking to differentiate itself from the pack with privacy and security-focused features. Indeed, today’s launch comes almost a year after the company introduced timed messages and message retraction to BBM, features also designed with discretion in mind.

Today’s move sees BlackBerry replace its Timed and Retracted Messages subscription with an all-encompassing Privacy and Control Subscription, which gets you the following features for $1 per month:

While we’re still waiting for the iOS BBM app to go live, the Android version of the app is already available and includes a number of other updates, including a Material Design, support for landscape orientation, and tablet support.