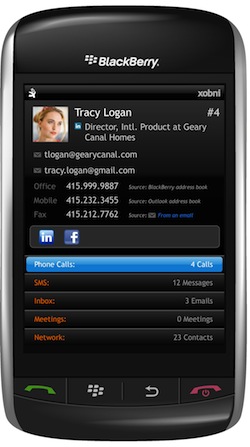 The BlackBerry Partners Fund is a bit confusing. It’s managed by both JLA Ventures and RBC Venture Partners (the investment arm of the Royal Bank of Canada), and it invests money from BlackBerry-maker Research In Motion, Thomson Reuters, and RBC. JLA and RBC make their own investments separate from the fund. And, oh yeah, portfolio companies don’t have to focus on BlackBerry devices.

The fund is cutting down on some of that confusion today, with the announcement that JLA and RBC Venture Partners are merging under the BlackBerry Partners Fund name. This should free up the managing partners Kevin Talbot and John Albright to focus exclusively on the fund. JLA and RBC’s separate investments will still get managed (in RBC’s case by Clairmont Capital), but all their new deals will be focused on mobile startups.

Another point of confusion will continue. Talbot emphasized that the fund has always been “platform agnostic”. In other words, the fund’s name signals its connection to RIM and gives it a recognizable brand name, but it doesn’t commit a startup to focus on BlackBerry or to work with RIM (making it a bit different from Kleiner Perkins Caufield & Byers’ iFund, which is all about iPhone and iPad startups).

Besides merging the firms, future plans include aggressive international expansion. BlackBerry Partners already raised a fund in China and recruited a Chinese firm to manage it, but Talbot said the team will be using a different strategy moving forward. The firm will open its own offices in new countries and will make investments from the main fund. The first new office will be in Silicon Valley (BlackBerry Partners Fund is based in Canada) and will open early next year.

With the new focus and the international expansion, Albright predicted that the fund’s pace of investment (it backs about one company every three months) will double with the opening of the new office, and that it will continue to increase. To provide the money for this new activity, Talbot said he’s raising a second fund — though he said it’s too early to release any details.