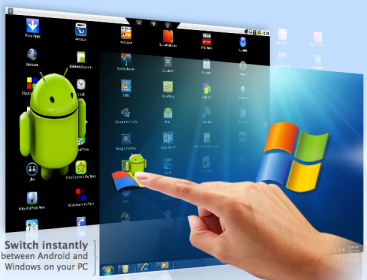 BlueStacks, which lets users run Android applications on most Windows PCs, has raised $10.6 million in its first round of funding.

The round was disclosed in a filing with the Securities and Exchange Commission. The filing did not indicate which firms participated in the round.

Users can turn a Windows tablet into an Android tablet, although such a device/OS combination would probably run less smoothly than a tablet actually built for that purpose. The software handles both touch interfaces and mouse input to interact with the applications.