Braintree has hired a new chief technology officer in a move designed to ease the workload of Juan Benitez, who split his time between that position and general manager of the company. The new C-suite executive is John MacIlwaine, who joined the mobile payment provider from Lending Club. He has been tasked with leading product development for Braintree, including work in engineering, product management, design, and production engineering. 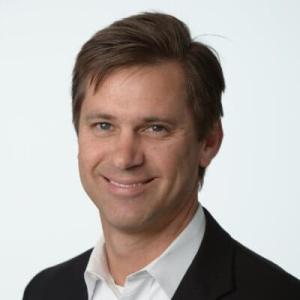 Nearly five years ago, Benitez joined Braintree as the CTO before being elevated to general manager two years later. Because of the company’s pursuit of “rapid growth,” it often required employees to assume multiple roles, including Benitez. But now, after claiming to have 25 times growth in payment transactions from Q2 2013 to Q2 2016, the time appears to be right to bring on someone dedicated to the CTO role.

This is where MacIlwaine comes in. “I’m excited to be joining the team of a leading payments company whose longstanding commitment to putting customers first has enabled them to maintain an innovative culture while scaling globally to meet customer growth and demand,” he said in a statement.

Prior to joining Braintree, MacIlwaine was the CTO at Lending Club, overseeing all software development and related technological work around the peer-to-peer loan provider. According to his LinkedIn profile, he managed a team that grew from 15 to more than 400 people in three years while also scaling the platform to handle over 20 times the volume within two years. MacIlwaine was also the CTO when Lending Club went public in 2014. He left the company in December.

Benitez cited MacIlwaine’s more than two decades of experience as a chief information and technology officer in the financial services industry as being a good fit for Braintree, as he should be able to drive “innovation at scale for multiple teams.”