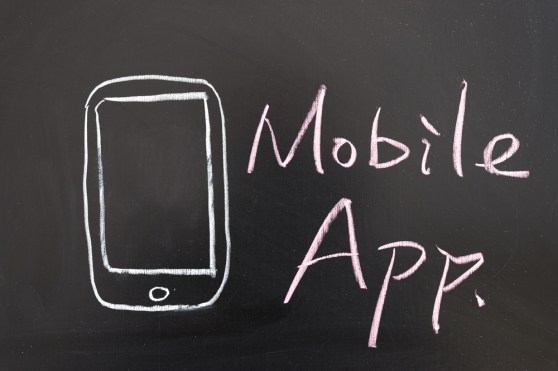 Siebrand Dijkstra wants anyone to be able to make an app. He’s the CEO of AppMachine, which just launched at Mobile World Congress. The Netherlands-based company lets users build a richly featured native application for Android or iPhone from simple building blocks he compares to lego bricks.

Several superstar Dutch DJs and the Amsterdam Dance Event mobile app, a complex application that would previously have cost upwards of €50,000 ($66,000) to build, have already created apps with AppMachine.

AppMachine’s 20 app bricks cover everything from Facebook integration to discographies for DJs. You can add products and floor plans, send emails, and like Facebook pages from within the app itself. The crawler feature scans an existing web site and extracts relevant information like photos, RSS feeds, iTunes playlists, or Twitter accounts to be added as content to your brand new app.

Plenty of other “build your own app” products exist, including another Dutch company, LayarGloss, but Dijkstra emphasizes that AppMachine apps are truly native and not a melange of HTML and native code. An app simulator is provided for testing. 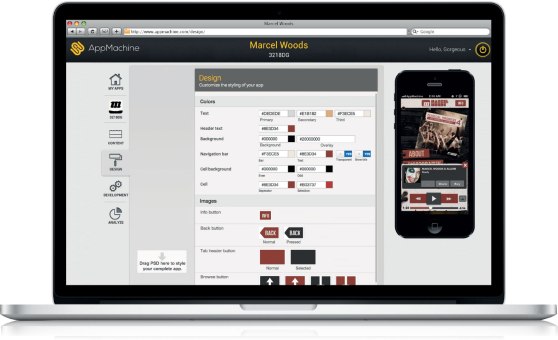 AppMachine provides extensive analytics features for tracking downloads, locations of users, and time spent in an app. The final app can be multilingual, adapting automatically to the language of the phone on which it is used.

Target customers are DIY app builders and design agencies. A more flexible version will be available later for developers who will be able to drag in XML and XSL files or even a web service and have AppMachine’s content management system automatically convert it into tables.

You can build an app for free but pay a one-time fee when you publish via AppMachine on one or more app stores. The fee varies between €399 and €1,499 ($525 and $1,975) depending on the version used (“Gorgeous” for DIY app makers, “Designer” for designers, and the more flexible developer version). It’s currently in closed beta but will be opened up to new accounts in two weeks or so.

AppMachine is based in Heerenveen in the Netherlands, was established in 2011, has 24 employees and is privately funded.