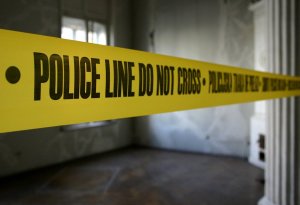 Carrier IQ has responded to speculation that it’s turning over your mobile data to law enforcement with an interesting rebuttal.

In an email to VentureBeat, a company spokesperson wrote, “Just to clarify all of the media frenzy around the FBI, Carrier IQ has never provided any data to the FBI.”

Carrier IQ is a company that monitors mobile data on more than 100 million phones around the world. It sends reports related to app performance, signal strength and battery life back to carriers and manufacturers.

However, some are now alleging the company also is capable of logging every keystroke on your phone and collecting much more personal data, such as text messages and locations.

Yesterday, VentureBeat (and a number of other technology blogs) reported on a statement from the FBI. During a routine journalistic inquiry, a reporter asked the FBI whether it had gathered data from Carrier IQ.

In response, the FBI replied that while it couldn’t reveal anything about information it obtained from Carrier IQ, that information was “located in an investigative file which is exempt from disclosure” and that “the records responsive to your request are law enforcement records” involved in a pending proceeding.

Most of us took that to mean that Carrier IQ, like just about every other web company, was instituting procedures to take appropriate requests from law enforcement and comply with those requests when required to do so by, say, a warrant. Companies like Microsoft, Facebook and even “do no evil” Google do the same thing, so we weren’t too shocked by the FBI’s statement.

However, our rep at Carrier IQ tells us that because of the way the company works (as an intermediary providing data to other companies, not a company providing a service to end users), it doesn’t actually work directly with the FBI.

“If approached by a law enforcement agency, we would refer them to the network operators, because the diagnostic data collected belongs to them and not Carrier IQ,” said the spokesperson.

“Carrier IQ’s data is not designed to address the special needs of law enforcement,” the source continued. In previous emails, this source had stated that what gets sent to the companies it works with is comprised only of short codes showing that a user took a specific action, not context-rich data like keystrokes and text message bodies.

“The diagnostic data that we capture is mostly historical and won’t reveal where somebody is and what they are doing on a real-time basis,” the rep concluded.

With Carrier IQ under some scrutiny from officials and regulators around the world, we hope to have more and better information to pass on than he-said, she-said accusations and rebuttals.

In the meantime, Carrier IQ has released a 19-page PDF report on exactly how its technology works.