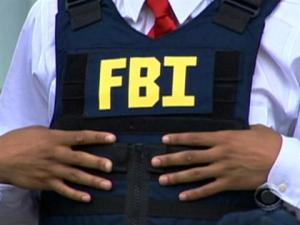 The FBI is getting data about you from a wide range of sources: Facebook, Google, Microsoft — and Carrier IQ, too.

UPDATE: Carrier IQ has responded to this report with a statement of their own — one that is quite explicit and actually makes sense.

Carrier IQ monitors activity on cell phones (allegedly down to the keystroke, according to some reports) and serves that data to mobile carriers and manufacturers. These companies say they use those reports to fix apps, improve service and better understand battery life issues.

However, Carrier IQ is also turning over the same data, including information about text messages, mobile web browsing and more, to the government.

Before you get your torches and pitchforks, remember that just about every web company has a “spy guide” — that is, a manual of procedures that dictate when and how law enforcement can get information about users. And by and large, companies comply with those requests.

For example, Google recently issued a whole transparency report about global government requests for user data. In the U.S. alone, Google received a total of 5,950 government and police requests about 11,057 unique accounts during the first half of 2011. The company fully or partially complied with 93 percent of those requests.

Based on facts such as these, whether or not you take umbrage with Carrier IQ’s cooperating with the FBI should depend on your attitude toward government investigation and surveillance, not just your opinion of Carrier IQ, itself.

Carrier IQ’s working with the FBI came to light due to a recent Freedom of Information Act (FOIA) filing from MuckRock.

While the FBI didn’t say exactly what kinds of information it gets from Carrier IQ, it revealed that such information is “located in an investigative file which is exempt from disclosure” and that “the records responsive to your request are law enforcement records” involved in a pending proceeding.

We’ve contacted Carrier IQ to determine if these are run-of-the-mill data requests from law enforcement and will update you if and when we hear back from the company.

In the meantime, if you wish not to be monitored by corporations and the government, we politely remind you to stay off the Internet, stop using all proprietary software and hardware, disconnect your cell phone and land line immediately, and ensure a snug fit on your tin foil helmet.