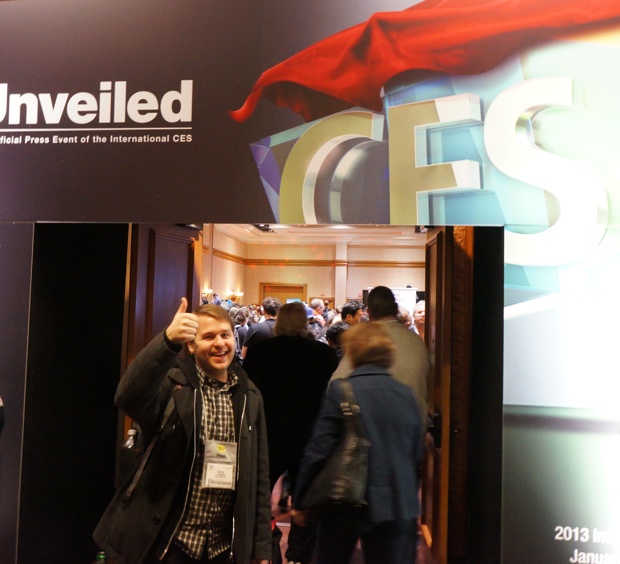 Hey you! Sign up for our weekly newsletters, and you’ll get the latest insights from me and Dean Takahashi before they’re published on VentureBeat.

Tech journalism’s annual festival of self-loathing is in full swing. I refer, of course, to CES, the Consumer Electronics Show in Las Vegas that will draw, this year, over 150,000 visitors and nearly as many blog posts complaining about how irrelevant and miserable it is.

I won’t argue about the miserable part. When you take people from all over the world, many of whom were just visiting with family members a week ago, and cram them into a single, shared space with industrial ventilation systems, you’ve got one of the most efficient systems for transferring pathogens ever invented. It’s crowded, the lines for cabs and coffee are long, and it takes forever to get anywhere, whether that’s from Caesar’s Palace to Mandalay Bay or merely from one side of the Las Vegas Convention Center to the other.

Plus, the news is weak and much of it is just boring. Nearly every so-called press conference is really a press briefing, as our copy editor somewhat crankily pointed out earlier this week: They are presentations with no chance for the journalists and bloggers present to ask questions, let alone handle the products being shown and form well-grounded opinions on them. They’re pseudo-events designed to crank up the hype on products that no one in their right mind would get excited about: large-screen televisions, incremental improvements to old computers, consumer cameras, tablets, routers, wireless adapters, and audio and video cabling. Yawn.

And yet, CES is still, for all its failings, one of the most important single events in the technology industry.

It’s not important as a press event, but it’s critical as a meeting place for manufacturers, distributors, and retailers of consumer electronics. I think of it as a temporary bazaar or souk on a grand scale: a huge marketplace where vendors compete to draw the attention of buyers, who flock up and down the aisles looking for a good deal, an angle, or merely an interesting distraction.

Maybe that’s why the press love to heap scorn on it: They’re not the main event. The buyers, middle-aged men from Arkansas who you might find out back sharing a cigarette, are for once the big wheels here. Sorry, disenchanted tech bloggers, you’re not the center of attention here.

But even for the media, CES is valuable as a meeting place, if not as a news source or a predictor of what will be hot in the coming year. Just showing up helps build relationships and establish connections that are hard to get any other way — and in many cases it does give you an early chance to get your hands on the latest ridiculous inventions.

CES is also a barometer for where the hardware industry is going. Yes, hardware as we know it is dying. Software is more important than ever, and there hasn’t been a world-changing product unveiling at CES for years. The action has shifted to apps and cloud services, and it’s arguable that those are all more important than the hardware used to deliver them to consumers. But the pendulum may be starting to swing back, and CES 2013 shows the first signs of it.

For the past few years, hardware-focused startups have gradually come back into vogue, attracted by the ease of utilizing cheap overseas manufacturers, the opportunity to enhance silicon and metal with clever software, and the margins and lock-in that a well-run hardware business can offer. The organizers of CES recognize this, and this year they’ve devoted an even larger section of the show to startups and emerging technologies. Called Eureka Park, this area is the one I’m most excited about.

I’m not at CES this year, for the first time in about eight years, but VentureBeat is: Dean Takahashi, Devindra Hardawar, and Sean Ludwig are tackling CES 2013 with gusto. They’ve already uncovered plenty of interesting technologies, from transformative products like Nvidia’s 72-core Tegra 4 processor to sublimely ridiculous gadgets like a smart fork and film cameras with brightly colored trim.

I’m glad to be missing the crowds and the inevitable CES disease that I seem to contract, year after year. But you know what? I kind of miss the action.

Photo: VentureBeat’s Sean Ludwig is excited to head into CES Unveiled, the first overcrowded press event of the show.