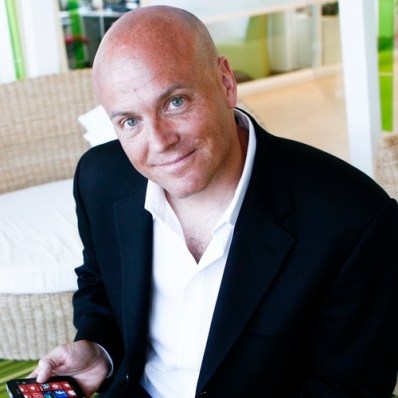 Charlie Kindel, a Microsoft veteran of 21 years, and the man tasked with recruiting developers for Windows Phone, announced this morning that he’s leaving the company to work on a stealth Seattle startup.

Kindel hasn’t divulged any details on his new gig other than “it has to do with sports, advertising, mobile, social-networking, and, of course, the cloud.” But it doesn’t appear that he’s leaving Microsoft with any bad blood — a good sign for Windows Phone’s future.

In a long farewell message to colleagues on his blog, Kindel talked about his more than two decade-long stint at Microsoft. “Shipping IE 3.0 was my first taste of what it really meant to build a product that changed the world,” he wrote, referring to the first version of Internet Explorer that could go toe-to-toe with Netscape Navigator in the 90s (and which led to the beginning of IE’s browser dominance). “I would have never joined the Windows Phone team if I had not had that prior experience of an impossible, come-from-behind, project.”

Kindel said in an interview today with GeekWire that if his new company were to build a mobile app, he would target Windows Phone before iPhone or Android. “You know the old saying “Code Talks”:  I know I can build a beautiful and functional WP7 app in a fraction of the time it would take to build an iOS or Android app,” he said. “Startups are about executing quickly. But I’m sure we’d quickly take what we learned there and apply it on all the popular devices.”

In his farewell message, Kindel made it clear that his family will be Microsoft loyalists for the foreseeable future: “To my kids: No, just because I don’t work at Microsoft anymore you may not use Google. Remember, every time you use Google, a puppy dies.”