The company announced the Mi 4 and the Mi Band last night at a press conference in Beijing, according to CNET.

Xiaomi is known for its affordability. While Apple and Samsung’s smartphones run around $600, Xiaomi’s Mi 4 costs roughly $320 for the 16GB version. Its $13 fitness band is also far below competitor prices. Even on sale, Jawbone fitness bracelets start at $70. 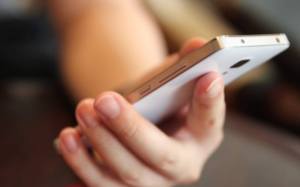 The Mi 4 is a an Android phone with a sleek stainless steel frame and 5.5 inch display. The phone is looking good inside too, equipped with a 2.5GHz quad-core Snapdragon 801 processor, 3GB of RAM, 13MP f/1.8 main camera, 8MP screen-side camera, and options for either 16GB or 64GB of internal storage.

The Mi Band has a reported 30-day battery life, can act as an alarm clock, and like other fitness bands it tracks your fitness and sleep. The band also has some fun security features, like the ability to unlock your phone based on proximity. If you hold the phone in the same hand as the one wearing the band, it will unlock. In general it’s a pretty skinny product with minimal features. As of right now, it’s not certain where the band will be sold.

Since Xiaomi emerged three years ago, it’s been slowly nibbling away at Samsung’s share of the market. The company has grown quickly, selling 26.11 million phones in the first half of this year. Earlier this year VentureBeat noted that Xiaomi was looking to make a bigger push into international markets, and it has. The company recently expanded to Singapore, Malaysia, Philippines, and India, accounting for the rise in sales.