Following the release of Chrome 51 for desktop last week, Google today launched Chrome 51 for Android, an update which is largely focused on performance improvements. You can download the new version now directly from Google Play.

Just like the desktop version, the Android release includes the new Credential Management API and improvements to page rendering. The former allows developers to use Chrome’s credential managers more extensively than just for storing a saved password. Custom login flows, remembering federated identity preferences, and general interaction to improve the login experience for users is now possible. Users can sign in with one tap and automatically sign back in when returning to the site. 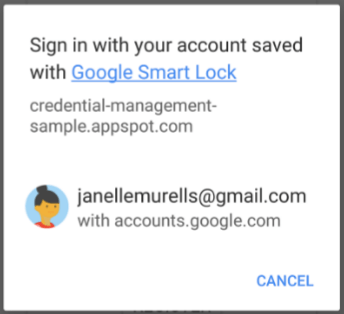 The Intersection Observer API, meanwhile, allows sites to detect element intersections as an asynchronous event. Sites can receive a callback whenever any element intersects a watched element or its children. Providing viewability information in this way eliminates the need for costly document monitoring. In short, sites no longer need to implement this functionality with custom JavaScript, and they gain the benefits of improved page load and scroll performance with support for passive event listeners.

Google estimates that over 80 percent of touch listeners don’t cancel the scroll and unnecessarily delay scrolling by up to several seconds, resulting in “jank” — when the page doesn’t seem anchored to the user’s finger. Chrome 51 allows developers to proactively declare that an event listener won’t prevent a scroll, eliminating the need to delay scrolling until the JavaScript completes, and making a big difference:

Google has also reduced the overhead of offscreen rendering. Chrome no longer runs the rendering pipeline or requestAnimationFrame() callbacks for cross-origin frames that are offscreen. This eliminates unnecessary work and also reduces power consumption by up to 30 percent, according to Google’s own tests on several popular mobile sites. This essentially means that embedded content like videos, social widgets, and ads no longer creates overhead that slows down the page.

Chrome on Android now uses the same media pipeline as desktop Chrome. This improves WebAudio support and allows sites to interact with the playback rate for audio and video tags.

Last, but not least, Chrome 51 has removed the Merge Tabs feature that Google introduced with the debut of Android 5.0 Lollipop. This is the annoying functionality that made every open tab in Chrome also present in your recent apps in Android. It was the first thing I would disable with every Android device I got my hands on. Now it’s gone for good.

This is a big Chrome for Android update as mobile browser releases go. But don’t worry, Chrome 52 for Android will be here by the end of July.