Google announced the second incarnation of its Chromecast last week, and the Internet giant made the video-streaming dongle available to buy hours later — about as short a launch-to-purchase window as you get.

With 20 million units sold in the two years since launch, there’s little question that the original Chromecast was a resounding success. At $35, it offered a ridiculously affordable price point, and at around a third of the price of an Apple TV, it proved to be a minor game-changer in the home entertainment realm. Anyone with an Android or iOS device could effectively “beam” videos from Netflix, YouTube, BBC iPlayer, and a host of other local streaming services from their pocket rocket to the big screen.

An update to the hardware was long overdue, so there was much anticipation around what Google had in store the second time around. VentureBeat has been using the new Chromecast for one week now — here are our initial thoughts.

Out of the box, you get a Chromecast, micro USB cable, and a main power adapter. If your TV has an integrated USB port, however, you should just plug the Chromecast directly into that and bypass the wall outlet altogether. 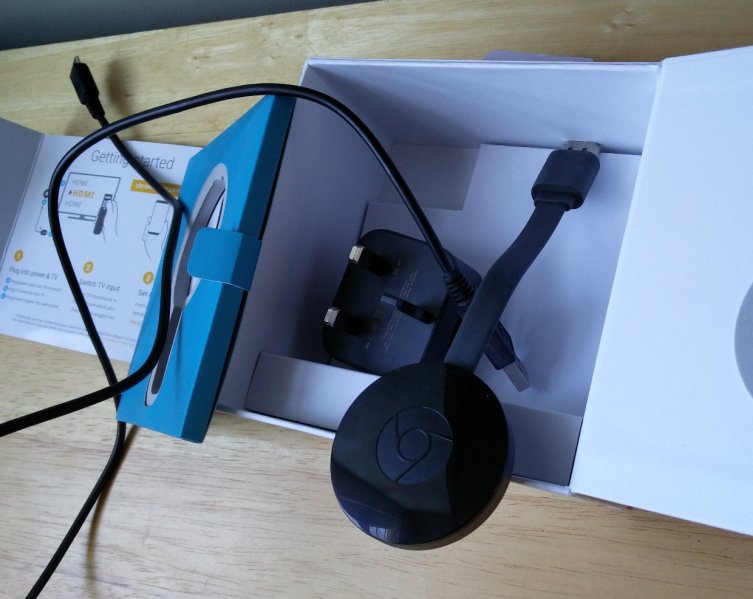 The most obvious difference between the two versions of the Chromecast is cosmetic — the design has been given a complete overhaul. And the upgrade is somewhat sexier, as much as an object such as this can lay claim to sex appeal.

With the original version, the HDMI on the first Chromecast dongle was built directly into the body, whereas on the second version it’s an integrated cable. This is actually much better, as it it’s easier to squeeze the device in if the cables at the back of your television resemble Spaghetti Junction. The cable on the new Chromecast is magnetic, too, making it easy to attach to the main unit for transportation. 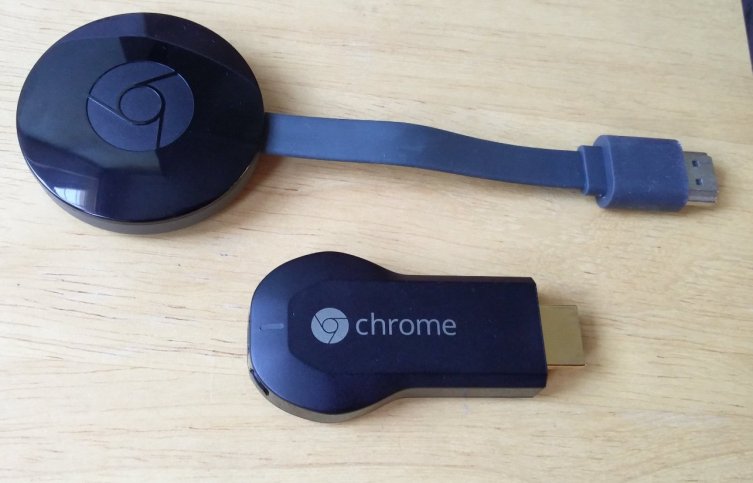 Additionally, Chromecast v 2.0 is available in yellow and red, as well as the original black. I’m not sure this is a huge selling point, given that the device will nearly always be hidden away at the back of the television. But hey, if color variation is what people want…

Setting up the new Chromecast is exactly the same process as with the first incarnation, but if you’re completely new to this, here’s how it works. You’ll need to plug the Chromecast into an HDMI port in the back of your television, and then download either the Android or iOS app, or install the Chromecast plugin for the Chrome Web browser which mirrors your PC screen. 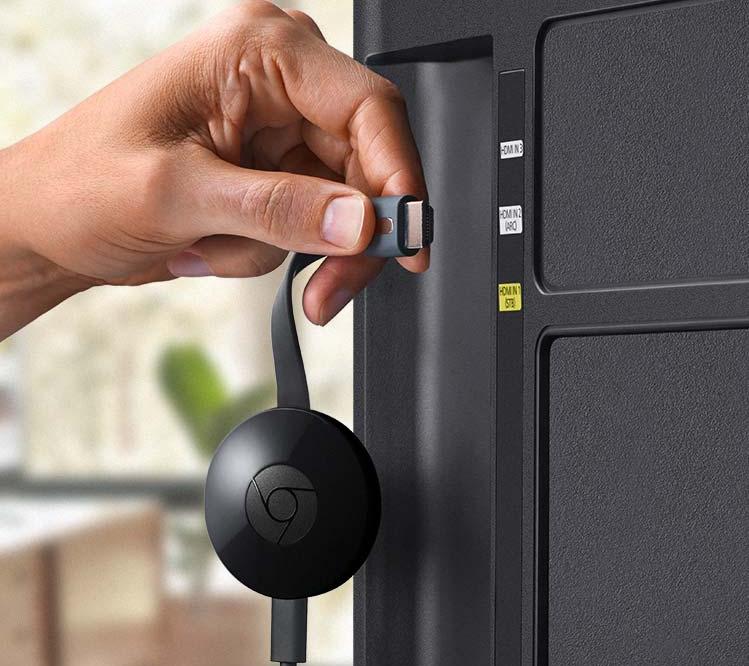 Above: Chromecast: Pluggin’ in

Make sure you switch the input on your TV remote to the relevant HDMI source (e.g. HDMI 1 or HDMI 2), and launch the mobile app on your phone. It will then guide you through the setup process, which basically involves connecting the Chromecast to your home Wi-Fi. 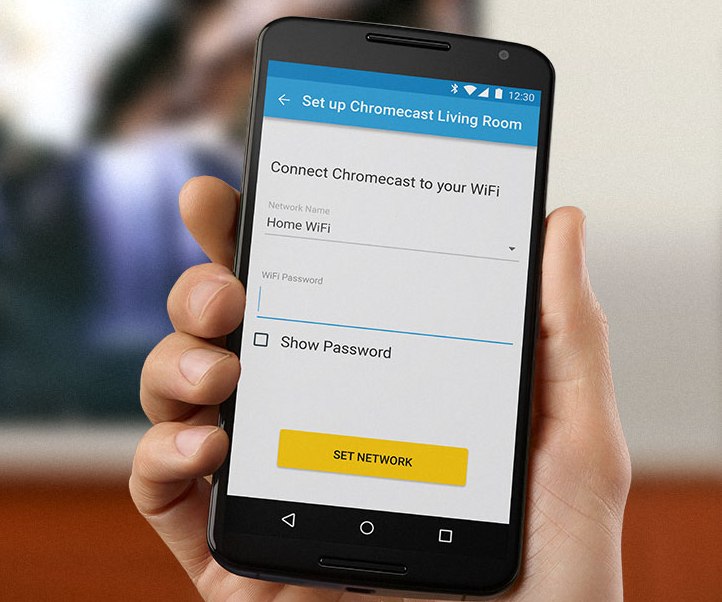 Alongside the Chromecast launch last week, Google also rolled out an updated version of the Chromecast app. It now highlights what apps on your phone are Chromecast-compatible, and shows you other apps you may be interested in. This update works for both the old and new versions of Chromecast. 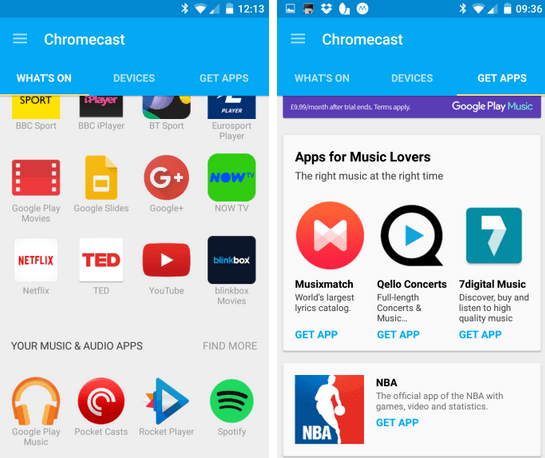 With your Chromecast “on,” launch a compatible video or audio app, tap the little cast icon on the top right, and you should be good to go.

So far, so good. But is there actually anything different going on under the hood of the new Chromecast? Yes, there is — but you may not notice the change. Certainly, I did a straight swap from version 1 to version 2, and I’ve not observed any real difference in performance, with apps and programs taking exactly the same amount of time to load and play. But this is something that will likely change over time.

The new version of Chromecast supports a feature called “Fast Play” which will be opened to developers like Netflix imminently, offering content-caching to preload programs it thinks you may wish to view next. The first such integrations are expected to arrive in 2016.

It also supports dual-band 802.11ac wireless networking standard, which should make it more reliable if you live in a congested area with lots of people battling for bandwidth, as the Chromecast 2 can switch between the 2.4GHz and 5Ghz frequency. So if buffering is a big problem for you, then this may fix it. But I’ve never noticed any real issue on that front anyway, so this fixes a problem that simply didn’t exist for me.

It’s also worth noting that the new Chromecast still only supports 1080p video, not 4K such as the new Roku or Amazon Fire TV devices. With more content coming out at 4K quality, this could be a deal-breaker for some.

Though Google also launched a new standalone Chromecast device specifically for your home music system, the main Chromecast unit itself already supported a number of audio-streaming services and apps, including TuneIn, Deezer, and Rdio.

As of last week, Spotify has jumped onboard, too — though this only works on the new version of the Chromecast, for now, which will be a big selling-point for those considering an upgrade. However, it’s worth noting here that support will soon be added for the old Chromecast, too.

At its big launch event last week, Google revealed that gaming will become a bigger part of the Chromecast experience — you will be able to beam games such as Angry Birds from your phone to the big screen and use your phone as a controller, with live split-screen racing available for you and your buddies to compete. Apple too is targeting gamers, but the Chromecast costs $35 and the cheapest new Apple TV is $149. There are functional trade-offs, for sure, between the Chromecast and Apple TV, but money certainly talks.

Time will only tell whether the new Chromecast can deliver as a serious gaming platform.

If you don’t already have a Chromecast, then it’s a no-brainer that you’d want to procure the second version of the device — it’s the same price and generally slicker than its predecessor. However, I’ve not identified any real discernible difference from a usability or functionality perspective. Of course, if you have issues with buffering on your current Chromecast, and have 802.11ac Wi-Fi in your home, that alone may make an upgrade worthwhile.

The only real difference from a feature point of view, for now, is that Chromecast 2 works with Spotify, but, as noted, this compatibility will be extended to the first version too in a matter of weeks.

Looking to the future, the benefits of the upgraded hardware should become apparent, with “Fast Play” and better support for games added to the mix. But for now, there’s no immediate rush to upgrade.

The new Chromecast is available to purchase online now for $35 (or your local currency equivalent).