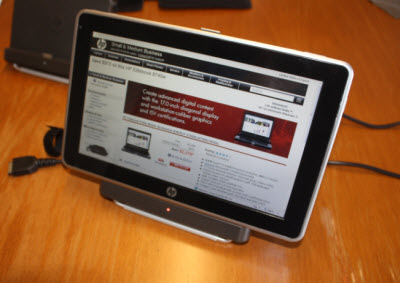 Microsoft’s decision to base its tablets on the upcoming Windows 8 instead of a leaner mobile OS may seem downright insane, but Citigroup still has some faith in the company.

Citigroup believes that Microsoft may not be too late to jump into the tablet fray, and that it has a chance to snag some tablet market share starting in 2013, Reuters reports.

Citigroup’s findings don’t appear to be based on much insider knowledge, and it didn’t give a source for its information. What it said is pretty much what anyone paying attention to Windows 8 news already knows: Microsoft is expected to release a Windows 8 beta later this year and to officially launch the new OS sometime in 2012 or 2013.

However, Citigroup did come up with one interesting theory: that Microsoft would release Windows 8 tablets before the OS hits desktops. Given just how far behind Microsoft already is in the tablet arena, it certainly would make sense for it to get tablets out as soon as possible. Apple has already released a second-generation tablet with the iPad 2, and Android tablets are improving significantly thanks to the release of Android 3.0.

But it remains to be seen if Microsoft can deliver both a good tablet and desktop experience with Windows 8. The company has been trying to shoehorn desktop operating systems into tablets since Windows XP, and it has never turned out well. (There’s a good reason we haven’t seen many Windows 7 tablets following the HP Slate’s failed launch.)

As we reported yesterday, Microsoft may show off prototype tablets running Windows 8 at the D9 conference next week.