You pay the celeb, or license rights to the brand, to get access to their audience and then leverage the credibility of their name and image to turn their fans into your (hopefully) paying users. As long as the lifetime value of the user is a multiple of your cost of acquisition, you’re winning. 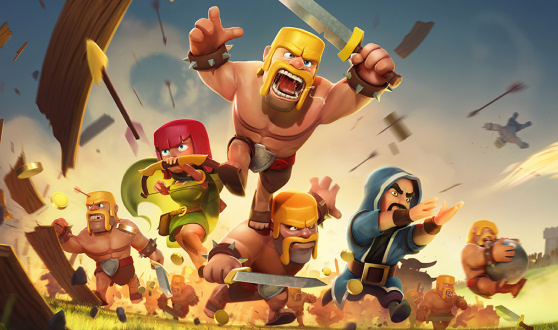 Above: Supercell Clash of Clans

Clash of Clans, developed by Supercell, which is 51 percent owned by SoftBank, pays celebrities to appear in dramatic fictional ads and to endorse the product in social and elsewhere. Liam Neeson is tied to the Clash of Clans brand, his most well-known representation coming in a $9 million Super Bowl commercial in 2015.

In the case of Clash of Clans, the role of the celebrity is to create awareness of the game for a targeted audience. (Kate Upton’s role with Game of War is similar, though there is also a character in the game built on her likeness.) To quote VB GamesBeat writer Jeff Grubb, “Television campaigns for mobile games are all about brand awareness. The company is expecting that this ad will make you more likely to download Clash of Clans the next time you see an ad for it when you’re using Facebook or Twitter.”

The exact nature of the celebrity’s fee schedule is usually kept secret, though rumors have swirled of a seven-figure deal for Upton with Game of War. That may seem like a lot of dough, but assuming that the LTV of a committed gamer is upwards of $90 or more, and that Clash of Clans is pulling down perhaps $100 million a month (I’ve seen estimates from $50 million to $100 million), even a few million spent on Liam or Kate is just a drop in the bucket.

So, even at a disproportionately high cost of user acquisition (CoA is about $12 in the MMORPG category versus an average of about $2.91 across all categories, according to a recent VB Insight report), there’s still a ton of margin. 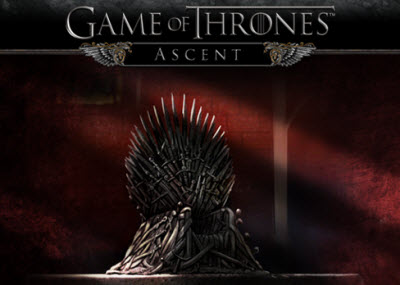 Above: Game of Thrones Ascent

Game of Thrones Ascent, developed by Disruptor Beam, whose investors include Google Ventures, licenses GoT brand rights from HBO (which is also an operating partner). The key difference with the Clash of Clans model is that, instead of paying celebs to endorse the product, the revenue model is based on leveraging the show’s brand to acquire users and optimize the GoT brand’s broader monetization opportunity. Clash of Clans, on the other hand, is all about in-app sales.

The big difference is that the brand (and the celebrities associated with it) are the core of the GoT offering. The app is just one more branch on the much larger GoT money tree. And every time the GoT brand is noticed (in the show, in social, wherever) the monetization opportunity for the GoT Ascent app benefits as a result.

To quote John Koetsier, author of the VB report Mobile User Acquisition: How top publishers get the best users for less money, “One publisher of a Game of Thrones themed app told me that his user acquisition costs were in the pennies. Not only that, but whenever there’s a new episode, he gets a spike in users. And, his users are long-term, committed, and loyal players with very significant LTV.”

Since HBO plays the hybrid role of Disruptor Beam’s licensor, operating partner, and distribution channel, it’s difficult to work out the deal mechanics. But when you factor Disruptor Beam’s modest $4.8 million in financing (i.e., they’re not burning much), coupled with millions of verified app downloads, the broad reach of HBO, and the value of the GoT brand, it seems likely they’re making some mad stack.

So there you have it. Two different approaches to leveraging celebrity brands.

One builds a unique product and uses celebrities to help acquire and monetize users. The other licenses a brand to create a product that will optimize revenue from its audience.

They’re both solid approaches to acquiring mobile apps users, if you have the money and celebrity brand connections to make it happen.