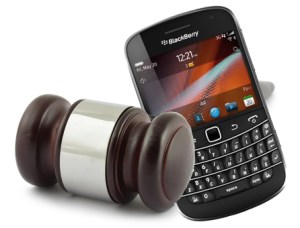 A class action lawsuit was filed today against Research in Motion (RIM), the makers of BlackBerry, after a massive, three-day service outage affected millions of its subscribers worldwide in October.

The lawsuit was filed Tuesday in Quebec Superior Court by a Montreal law firm, “on behalf of individuals who have BlackBerry smartphones and who pay for a monthly data plan but were unable to access their email, BlackBerry Messenger service (BBM), and/or Internet for the period of October 11 to 14, 2011,” the court filing says.

The company has apologized repeatedly, and CEO Mike Lazaridis issued a mea culpa in a video (see below.) RIM also tried to make amends for the outage by offering $100 worth of free premium apps to affected users. Apparently, user are having none of it.

While iOS and Android devices are eating the BlackBerry’s lunch in business communications, RIM is still one of the top handset makers for enterprise communications, due to its emphasis on security. However, handsets from Apple and those running Android are starting to erode any market position that RIM may have.