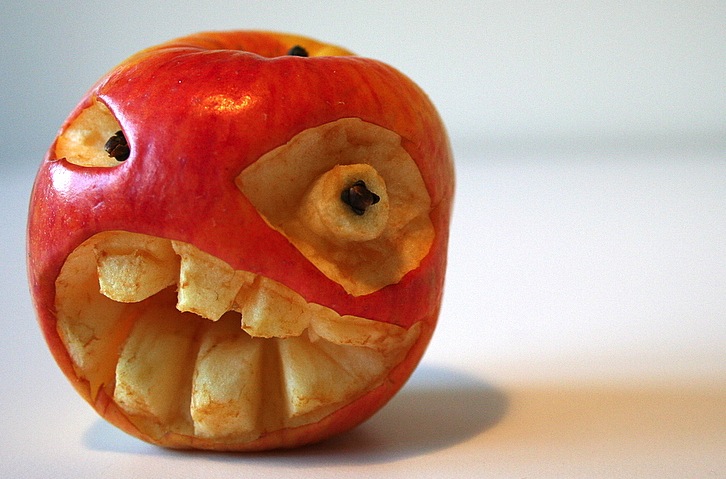 This Apple’s still got some bite.

In terms of the installed base of devices, Apple owned 38.9 percent of the market as of February 2013, leading second-place Samsung by almost 18 percentage points. Apple’s market share is up 11 percent from the previous quarter, which ended in November 2012. Since Apple’s iPhone is synonymous with Apple’s mobile operating system — it’s not available on any other device — iOS also grew 11 percent in the quarter. 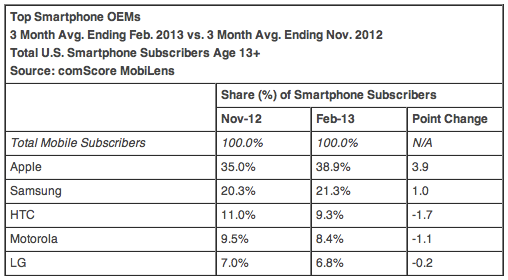 While at the end of November 2012 Android owned 53.7 percent of the market, at the end of February 2013 that had dropped to 51.7 percent — losing two percentage points for an almost 4 percent reduction. That’s astonishing for a platform that has had so much momentum and so many manufacturing partners. 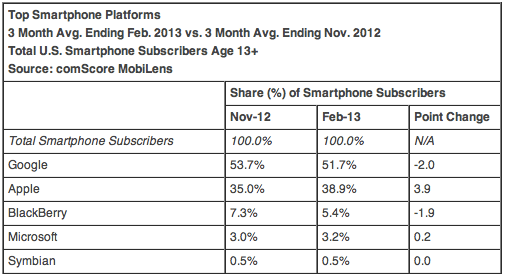 Samsung did pick up market share, adding a percentage point for five percent growth in the quarter, while HTC dropped further still, as did Google-owned Motorola, and LG.

The numbers contrast quite starkly with numbers that Kantar Worldpanel released just three days ago, which showed iPhone sales down, Android up slightly, and Windows Phone growing rapidly. Those are sales numbers, so you expect some discrepancies with installed base numbers. The question is how ComScore shows an overall increase in iOS marketshare while Kantar says there’s been a drop in iPhone sales.

I’m checking with both companies for updates, but one potential reason is that ComScore numbers only apply to consumers age 13 and up, which could skew the numbers Apple’s way. But essentially, if ComScore’s numbers can be trusted, this means that Apple had a stellar Christmas quarter — which we already knew from its massive $54.5 billion first quarter earnings.

The question in analysts’ minds is whether Apple can keep this up … and whether it can replicate this kind of success in Europe as well as in emerging markets in Asia.

Judging from Apple’s stock market woes, the answer so far is no.