While things mostly stayed the same in the smartphone app Top 15 rankings between June and July, there have been one or two changes worth pointing out.

Secondly, despite some hiccups and bumps along the way, Apple Music is now in the top 15 (though it was already there as “iTunes Radio” prior to the rebrand and end of June launch). It’s now sitting comfortably at number 14 — ahead of Snapchat.

Twitter, meanwhile, moved up one to number 13, and Facebook remains — unsurprisingly — in the top spot. WhatsApp, however, which on Thursday announced it has hit 900 million monthly active users, is nowhere to be seen. 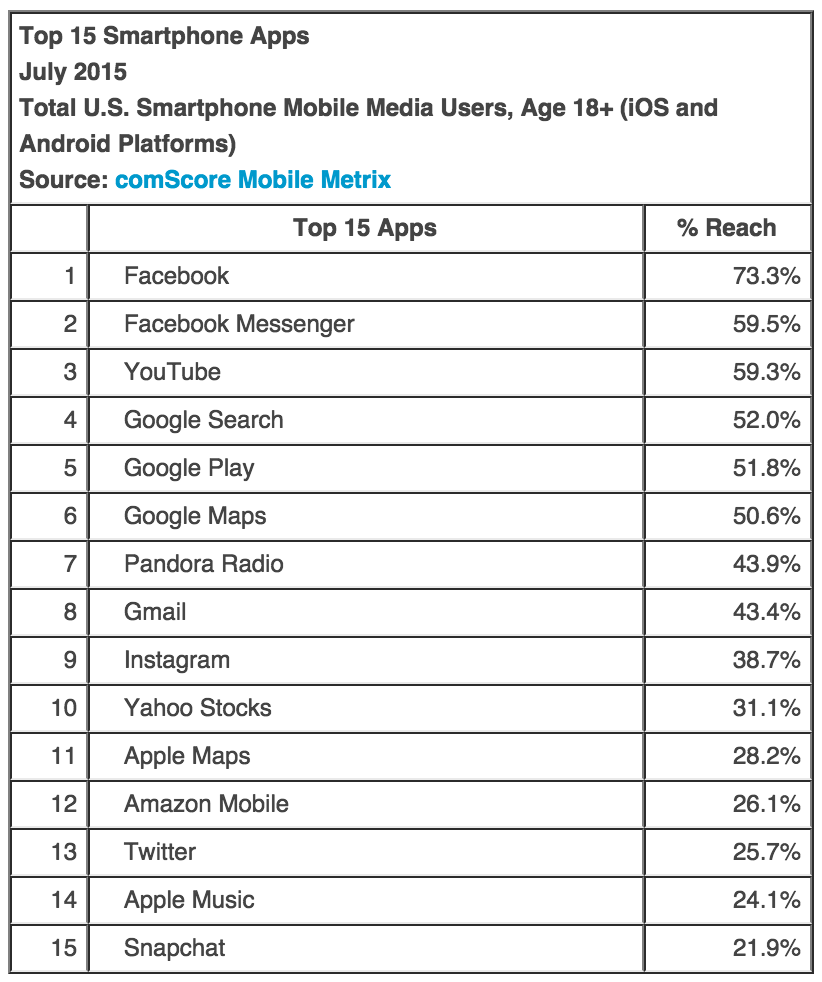 While YouTube may be down one spot, Google isn’t exactly twiddling its thumbs there. Last week, to take on live-streaming video giant Twitch, it launched YouTube Gaming (also available on iOS and Android), which seems to have been well-received so far.

As for Facebook, it’s been taking big steps forward with Messenger lately, so it’s hardly surprising that it’s managed to wrest the number two spot away from YouTube. And while it seems unlikely, I suppose it’s not impossible that the two won’t switch positions again in future — depending on how well YouTube manages to build up a live-streaming gaming community, among other things.

As per tradition, comScore also released the top smartphone OEMs in the U.S.(period ending July), and there appears to be little change there:

It should be noted that the way comScore measures its rankings — user “reach” percentage — is not always easy to understand, though it has become something of a gold standard in the industry.