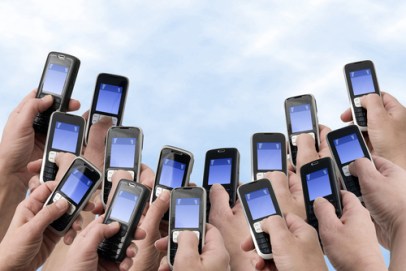 There are 91.4 million people in the United States who use smartphones, according to a new report by comScore, but how are they using their phones? Texting, app usage and listening to music top the charts.

For three months ending in November, over 234 million mobile devices were used by 13 year olds and older, says comScore. Smartphones make up around 39 percent of that group. Android is still winning smartphone market share, up 3.1 percent to 46.9 percent, with Apple trailing in second. Research in Motion fell 3.1 percent, but remains the third competitor. As a phone manufacturer, RIM fell another .6 percent, and sits at the bottom below Samsung, LG, Motorola and Apple, in that order.

While smartphones have changed much of the way we use our phones, some activities remain the same. Of all types of mobile devices, 72.6 percent of people use phones to send text messages. Checking social media and playing games also made the leader-board. Most interestingly, however, is the switch from browsing to application usage. In the three months prior to this current study, 42.1 percent more people used their browsers to get information, compared to the 41.6 percent that used apps. Now, however, applications have taken the lead by .5 percent. The percentage is small, but shows a significant shift in how people consume information on their mobile devices.

Mobile music listening comes in sixth place, at 20 percent. While this number seems small, most of these users probably come from smartphones, except for a few feature phones which support the activity. Given that smartphones only make up 39 percent of the mobile user population, half of these people use their mobile phones to listen to music. Indeed, sales for Apple’s iPod dropped 27 percent since last year’s fourth quarter, and is projected to continue tumbling in popularity.