In May, Microsoft revealed that its digital assistant Cortana would be coming to Android and iOS. Today, a beta of Cortana for Android has leaked courtesy of Finnish site SuomiMobiili and is already being reuploaded to repositories like APKMirror.

We asked Microsoft where this leak may have come from. “In the spirit of the Windows Insider Program, we’re testing the Cortana for Android beta with a limited number of users in the U.S. and China before releasing the beta publicly in the next few weeks,” a Microsoft spokesperson told VentureBeat.

This is likely Microsoft’s way of saying that this file didn’t originate from an employee — a tester either in the U.S. or China probably uploaded it. To be clear, this leak isn’t just a bunch of screenshots: it’s the actual .APK file, which means anyone with an Android device can install it by simply disabling the security setting for sideloading apps.

Here is what happens when you first launch Cortana on Android (in this case, running on an LG G4): And here are the next few prompts: 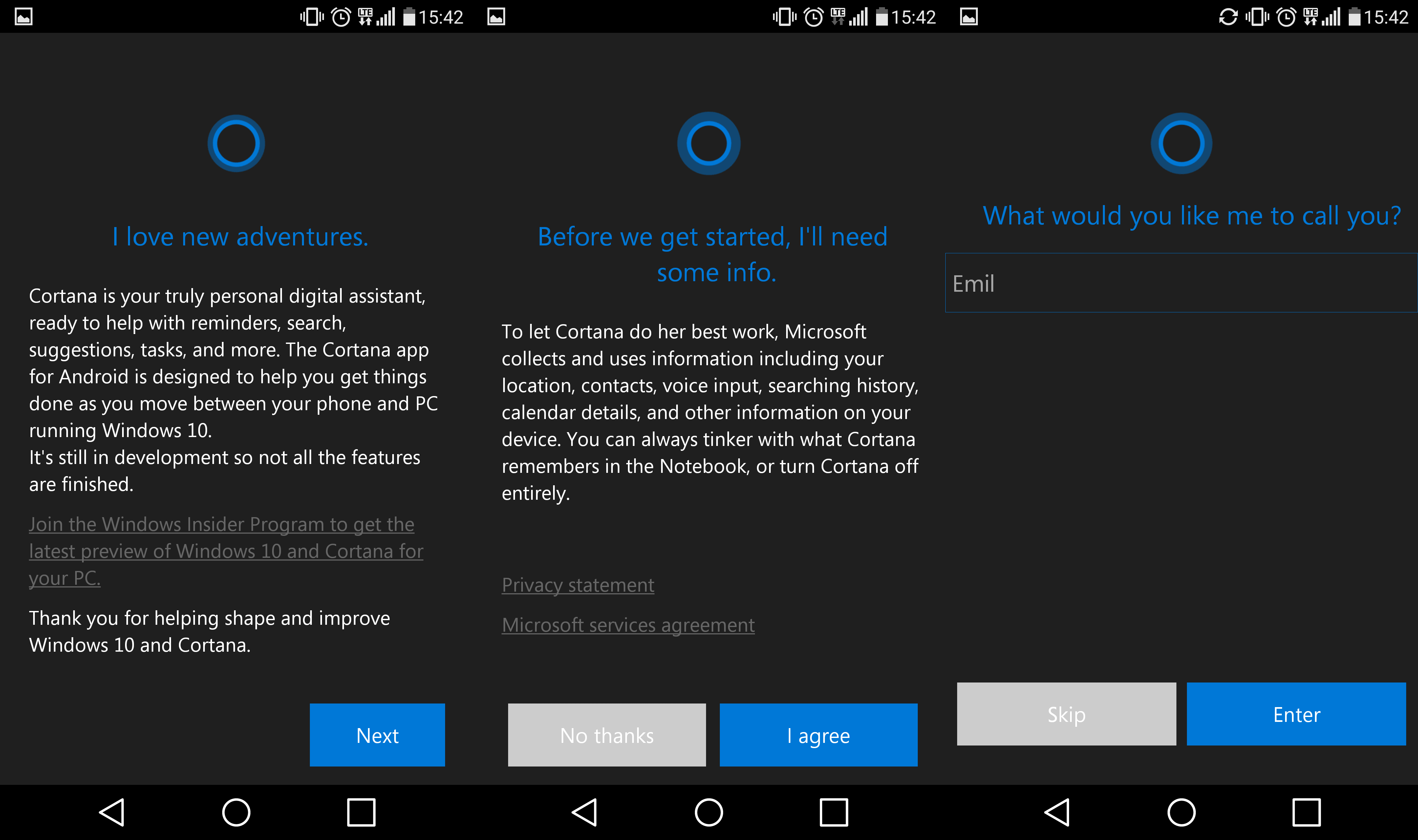 Microsoft has previously said that Cortana would launch on Android phones at the end of June, followed by iPhones “later this year.” While there’s no update for iOS today, we’re in July now and the statement above confirms the Android beta launch is now expected in the “next few weeks.”

Microsoft has previously said “Android phones” and “iPhones” as opposed to Android and iOS devices. And yet, when we tried to install Cortana on an Android tablet, it worked.

It appears the only requirement is that you have Android 4.4 KitKat or above. Here is Cortana running on a Nexus 9 (albeit in portrait mode): 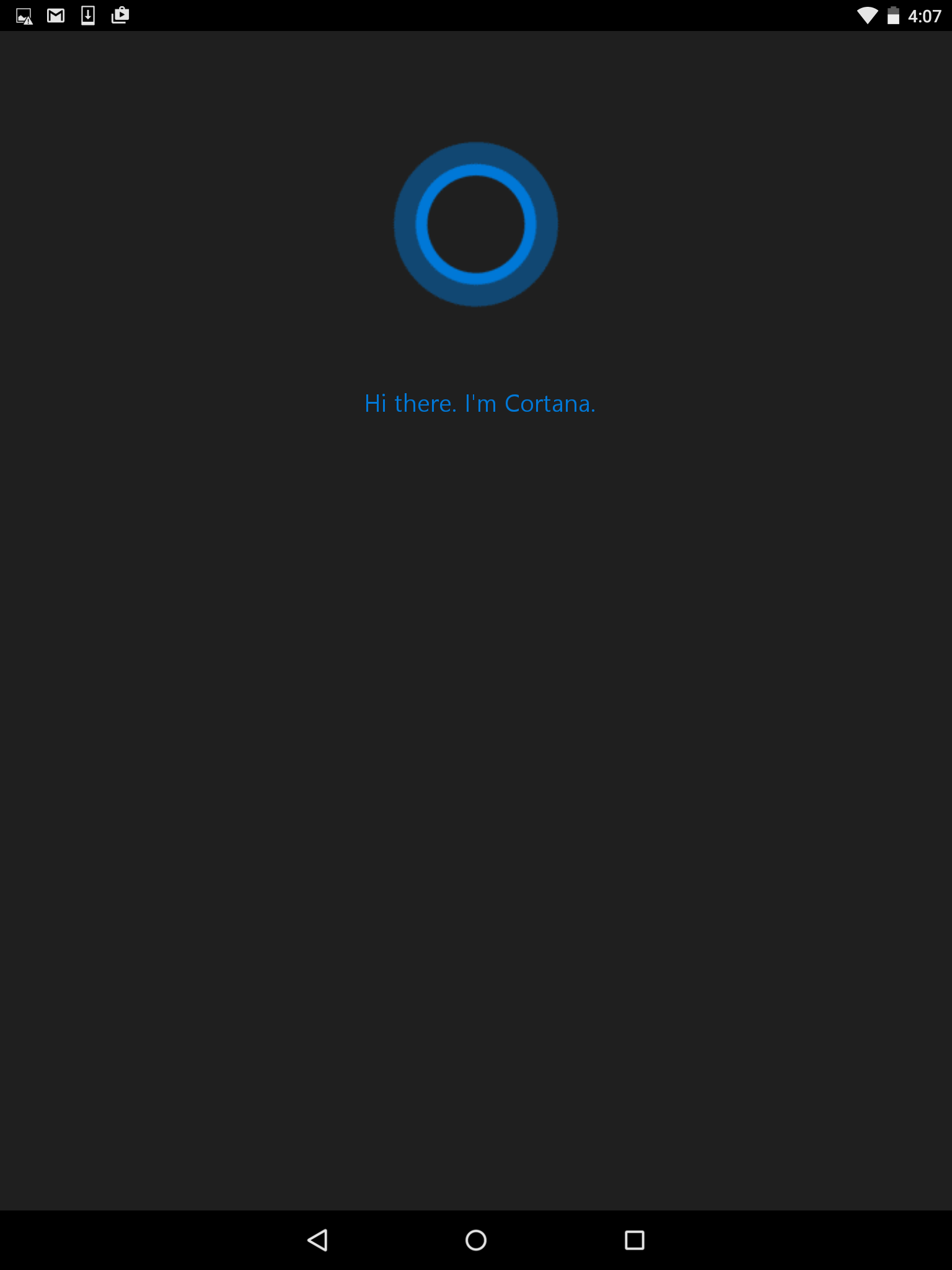 Cortana for Android requires a Microsoft account. This is to be expected: Microsoft wants to ensure Cortana’s personalizations are available to you regardless of what platform you’re using. 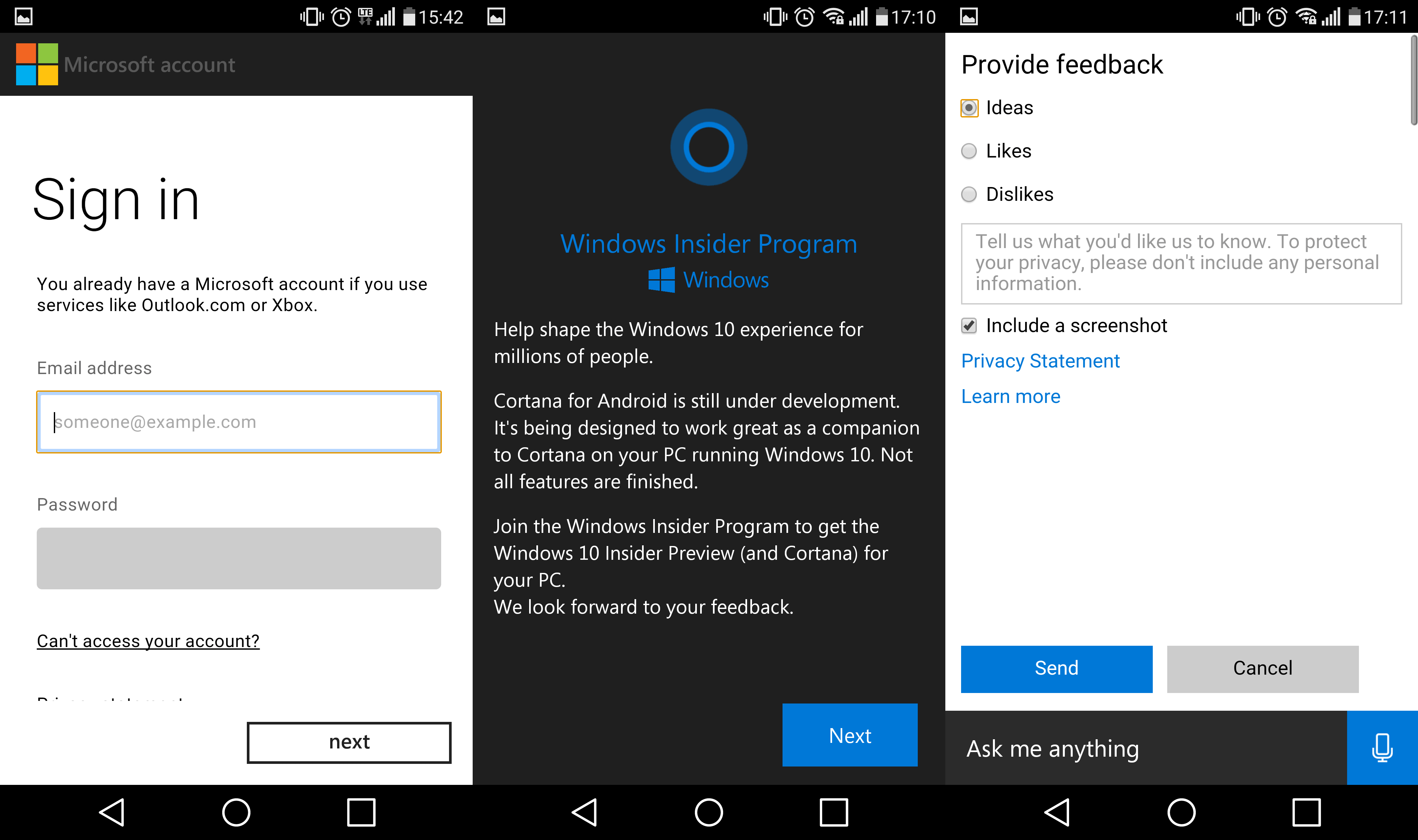 Based on what we’ve seen so far, Cortana for Android isn’t much different than its Windows Phone 8 and Windows 10 counterparts. Cortana’s notebook is available as you’d expect and voice recognition works perfectly fine, though there are some obvious bugs left to be squashed. You can ask questions and add reminders. You can keep track of your favorite places, the news, and the weather. Cortana for Android looks like she will be a full-featured Android assistant, although like Microsoft has said before, she will be a bit more restricted compared to her Windows sisters. 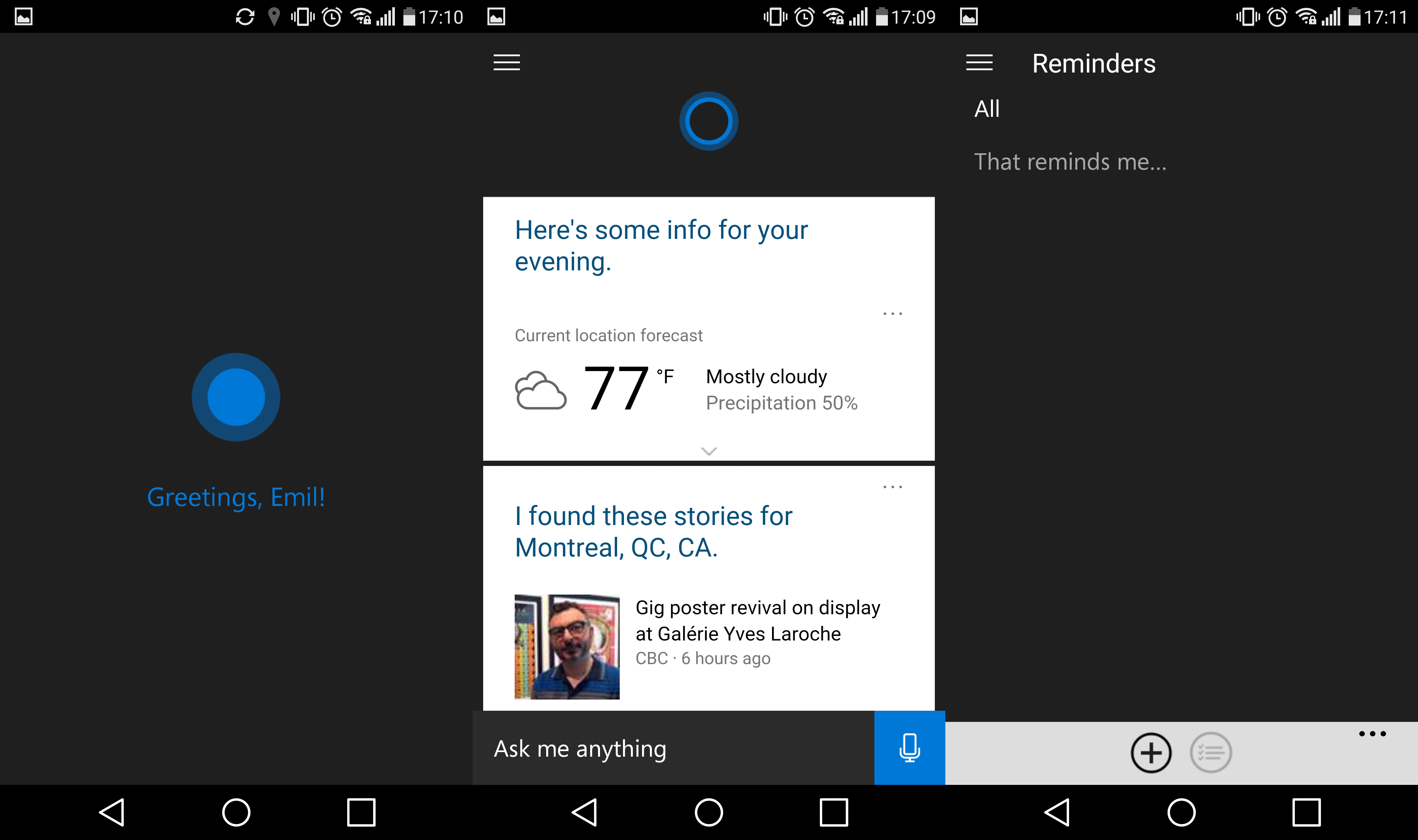 For example, you can’t say “Hey Cortana” to launch the Android app. It’s not clear if this is due to an Android limitation or simply because this is a leaked beta, but we’d put money on the former.

You can expect the beta that Microsoft releases later this month to be more polished, though obviously still unfinished. In the meantime, if you’d prefer not to use the leaked beta but still want to help Microsoft test the Android app, fill out this Cortana beta survey and you might just get the chance.