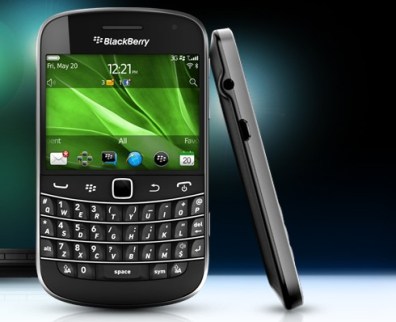 Research in Motion is taking another swipe at integrating touchscreen technology with its iconic keyboards, following the limp release of the BlackBerry Torch last summer. The company today announced the long-awaited BlackBerry Bold Touch, as well as the BlackBerry 7 operating system, at its BlackBerry World conference in Orlando.

Both the Bold Touch and new OS offer minor upgrades over RIM’s previous offerings — if you were looking for a completely revamped BlackBerry with the PlayBook’s next-generation QNX OS, you’ll have to keep on waiting.

The Bold Touch — known officially as the BlackBerry Bold 9900 and 9930 (the world phone variant) — sports the same basic design as past entries in the Bold series, except this time around its 2.8-inch screen is ready and waiting for the touch of your fingers. It’s also the fastest BlackBerry yet with its 1.2 gigahertz Snapdragon processor with a “high performance” graphics processor, and it features HSPA+ support for AT&T and T-Mobile’s 4G networks.

There’s a five megapixel camera on the rear, but no front-facing camera to be found (seriously, RIM?). The Bold Touch also features NFC circuitry on its back.

The device will run BlackBerry OS 7 (BB 7), which was initially targeted to be RIM’s BlackBerry OS 6.1 update. The most obvious motivation for that change is that RIM now has a shiny new version number to show off (6.1 isn’t as sexy as 7). The company can also consolidate its development on a single OS release now, instead of splitting resources on the 6.1 update. BB 7 will include new features like voice-activated searches, a faster user experience, and enhanced browsing features (including HTML5 video support). It will also include BlackBerry Balance, new software that will let users better juggle their work and personal lives.

To be clear, there’s no trace of the PlayBook’s QNX OS in BB 7. At this rate, we’ll have to wait until next year before that software hits phones. Additionally, RIM says that BB7 won’t be backwards compatible with older devices — it will only ship with newer phones like the Bold Touch.

Both the BlackBerry Bold Touch and BB7 OS will be available this summer. Unfortunately for RIM, by then we’ll be anticipating the iPhone 5 and Android 3.0 phones. Clearly, these announcements are meant to keep the RIM faithful happy while the company works on its next-generation devices for next year.