It wasn’t much of a secret that Apple would hold its annual iPhone event during the second week of September, as it has the last few years. But there was a bit of drama in August surrounding the question of where the event would be held.

Last year, it was at San Francisco’s Bill Graham Civic Auditorium. But there was hope that Apple might use the occasion to publicly unveil its new Apple Park headquarters — or at least the Steve Jobs Theater being built on the site for just such events. 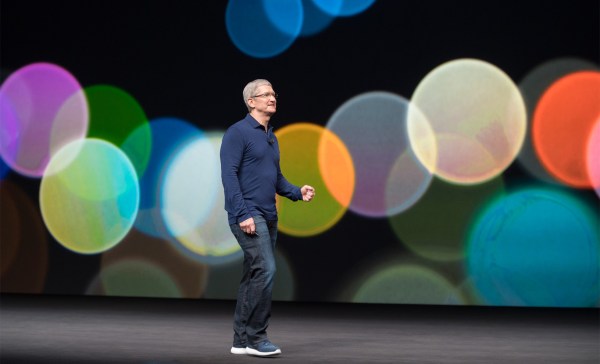 Above: Apple CEO Tim Cook at the 2016 iPhone event.

Apple has said employees have been moving into Apple Park since April. Yet drone videos seemed to indicate that there was still a lot of work being done on the campus, including on the theater. Would it be completed in time for the iPhone event?

When Apple sent out invites on August 31, it confirmed that the September 12 event would be held at the Steve Jobs Theater. “Let’s meet at our place,” reads the invitation to the press.

Turns out, this was a close one.

According to records from the City of Cupertino, Apple applied on August 8 for a Temporary Occupancy Permit for the theater, which is located at 10501 N Tantau Ave, Cupertino, CA. This permit is essentially a waiver indicating that a structure has been inspected, though some work remains incomplete.

The document was signed on September 1 by Albert Salvador, an official in the Cupertino building department, and it indicates that all fire and safety systems have been checked out and that Apple can temporarily use the auditorium and loading ramp and can use the lobby for a hands-on demonstration area.

While the document also indicates that some work remains to be done, it does not specify what that work is.

In any case, Apple pulled it off. And next Tuesday the world will get its first look inside the new theater.

Here’s the permit. The first page is for the Steve Jobs theater. The second (from July) appears to be a temporary occupancy permit for the general Apple Park campus. It’s unclear whether Apple has received a final permit to occupy the main building, or just this temporary one.