The biggest controversy of the week (so far) is unraveling as rival high schools /r/apple and /r/android unite under a single hashtag: #PayItSafe.

Over the weekend, the Internet learned that CVS and Rite Aid are pulling their support for existing NFC payment systems Google Wallet and Apple Pay. Instead, they only plan to support CurrentC, a proprietary QR code-based system developed by the Merchant Customer Exchange consortium.

This ignited a backlash in Reddit’s /r/apple, where users are demanding to be able to use their iPhone 6 to pay at their favorite drug store chains. After the outrage incubated, a list of CurrentC retail partners emerged:

Then a hashtag emerged — #PayItSafe — and an olive branch was extended to /r/android.

What these mobile payment crusaders fail to realize is that they don’t need a hashtag. They don’t need fanboy ceasefire. In fact, their actions are counterproductive to their goal. The reality is that CurrentC just kind of sucks. It lacks the security of Google and Apple’s systems, and requires much more sensitive personal information.

[For another take on this topic, read “Apple Pay ‘no-data-collection’ isn’t a feature. It’s a problem.”]

In addition to these shortcomings, the retail partners are all wrong. To attract the first phase of early adopters and build habits around mobile payments, a system needs to focus on everyday small payments. Starbucks is the holy grail for this, not Old Navy or Lowes. Dunkin’ Donuts and gas stations may be CurrentC’s only hope.

The final nail in the coffin for CurrentC is the barrier to entry. A user can theoretically set up Apple Pay or Google Wallet while in a particularly long line at the register. Users sign up out of curiosity, and they continue to use the system because it is easier than pulling out their wallets. CurrentC is simply lacking this ease of use.

Without today’s Internet backlash, CurrentC would most likely have become another funny little retail experiment that didn’t work. 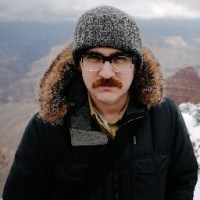 Instead, we get to watch the Internet’s echo chamber in action. Grab some popcorn, this could be a good one.

About the author: Gerhard Stiene is a brand strategist who lives in Brooklyn, NY. His favorite pastime is watching Internet outrage in real-time. Tweet at Gerhard: @gerrystiene.