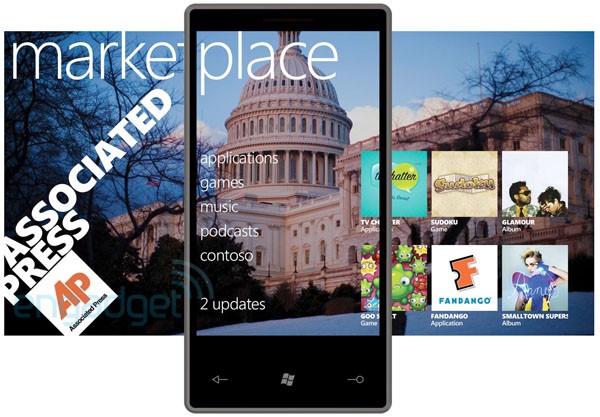 The Marketplace appears to be just as slick and well organized as what we’ve previously seen from the mobile operating system. It has support for credit card purchases, ad-supported content, and the option to pay for apps via your phone bill. Carriers will be able to sell their own wares from the Marketplace as well (carrier stores will replace the “Contoso” text in the screenshot above). There’s also support for trying apps before you actually purchase them, much like Android Market. One key difference: Windows Phone 7 developers will be able to specify their trial period. Check out a video of the Marketplace in action over at Engadget.

The Marketplace will be the only source for users to get apps, much like like the App Store on iPhones. Microsoft is throwing a bone to enterprise customers though — IT administrators will be able to push applications to users outside of the Marketplace. You will also be able to browse and buy Zune apps and games via the Zune desktop client. 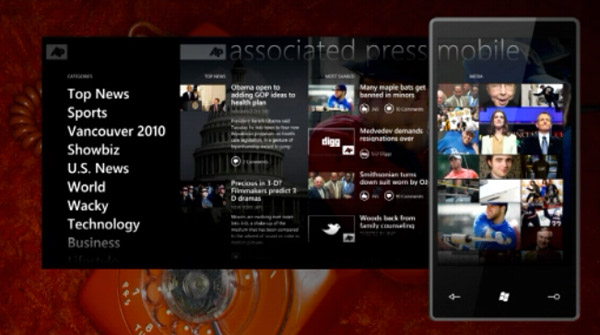 Microsoft also clarified the exact hardware requirements for WP7 devices. At launch, all WP7 phones must have 800 x 480 resolution screens (the same as Google’s Nexus One), as well as the same RAM amounts, processor, and 3D graphics processor. Manufacturers can choose to include a keyboard, but that seems to be the only optional hardware aspect.

We also got our first look at the three confirmed Windows Phone 7 phones. In the picture below (via Engadget), you can see the Samsung Slate, the prototype Asus device that we’re the most familiar with, and an LG phone with a slide-out keyboard. 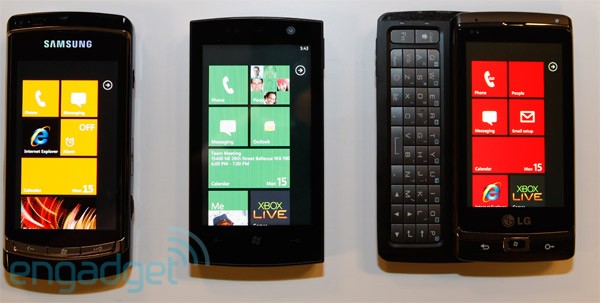