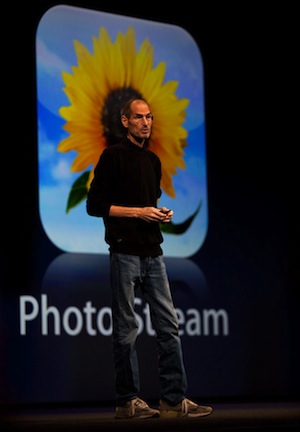 For some developers, Apple’s keynote today was more of a kick in the crotch than a bear hug.

And yet, like someone trapped in a dysfunctional relationship, they’ll keep coming back for more. That’s because even though it may run roughshod over a few developers from time to time, Apple still has a lot of what they need.

Traditionally a lovefest for OS X and iOS programmers, Apple’s Worldwide Developers Conference is when the company unveils new software features, lays out details of various application programming interfaces, and invites programmers to peek under the hood at the operating systems.

Many of the new features shown at the WWDC keynote Monday looked very much like ideas first seen in iOS apps from independent developers. For instance, mobile Safari’s new “Reader” feature reformats web pages cleanly and without formatting, much like Arc Labs’ Readability app. Its “Read Later” feature works a lot like Marco Arment’s Instapaper.

As soon as the news broke, Arment posted an eloquently pithy tweet on how he felt about the news:

Other developers may have felt the same way. The new iOS 5 will let people take photos using the phone’s volume-up button as a shutter button, a feature that first appeared in TapTapTap’s CameraPlus app. (Ironically, Apple forced TapTapTap to remove the feature.) To-do apps like Remember the Milk will be threatened by the new Reminders feature. GroupMe’s messaging might be made obsolete by iMessage. For a longer list, see the New York Times story on which apps are threatened by Apple’s upgrades.

Similar tactics won Microsoft opprobrium in the 1990s, when the company incorporated features into Windows that had previously only been available through Windows software created by Microsoft developers. It contributed greatly to the impression that Microsoft was a ruthless company that would even stab its closest allies in the back, if that’s what it took to make its OS more competitive.

Yet few developers, even those most directly affected by the OS upgrades, are likely to defect. Apple enumerated the reasons why they won’t at the beginning of its presentation on iOS:

In other words: Where else are you going to get easy access to 225 million potential customers’ credit cards, without breaking the law?

Even Arment softened his stance later in the day, after reflecting on the news. He spelled out the ways that Instapaper can still compete with Safari, by offering a better service, more social network integration, and other features not built in to iOS.

The most critical data point may have been this one: Apple senior vice president Scott Forstall said, “Apple has paid out more than $2.5 billion to developers for apps in the App Store.”

$2.5 billion. That’s a huge pool of potential revenue for developers to tap into, and it’s why more than 5,000 of them are here in San Francisco, letting Apple show them the goods — even if it kicks them in the face once or twice while it does it.