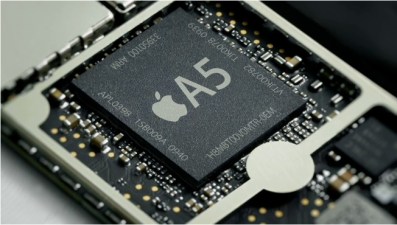 Apple is helping select game developers to gear up for the iPhone 5 by handing out super-powered iPhone 4s equipped with its new A5 chip, 9to5Mac reports.

The extra-powerful iPhone 4 — dubbed the “iPhone 4S” by the site’s insider source — would let developers test the potential capabilities of Apple’s next iPhone without waiting several months for prototype devices to become available.

Apple’s new A5 chip, which also powers the iPad 2 and offers nine times the gaming performance of the iPhone 4 and iPad 1, is expected to find its way to the next iPhone. So it makes sense for the company to focus on wowing the public with extra-polished games once the iPhone 5 launches.

According to 9to5Mac’s source, the iPhone 4S is virtually identical to the iPhone 4 except for the inclusion of the A5 chip. The device runs a special version of iOS 4 that can recognize the A5 chip, but the next iPhone is expected to launch with iOS5 (at least, according to Apple’s past launches). The device spends its nights in a company safe — likely to avoid another crazy lost iPhone prototype scenario.

If this report is true, it also lends credence to reports that the iPhone 5 won’t be available until the fall. If it were to launch in June as usual, Apple would likely have more complete prototypes available for developers.

The iPhone 5 is expected to come with an 8-megapixel camera, world-phone capabilities (so that it can work on both AT&T and Verizon’s network), and it likely won’t be a huge design departure from the iPhone 4.