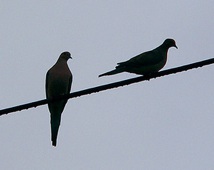 The 700 Mhz spectrum auction results were revealed today. The big winner? Verizon Wireless, which took the largest chunk of the sought-after C-block according to The Wall Street Journal. But was Verizon the real winner in this situation? Or was it actually Google?

Google, after all, is the company that pushed for the FCC to adopt certain “open” requirements for the winner of the spectrum auction. These included opening the network and any devices used on the network to third parties.

When Verizon heard that the FCC would implement a rule requiring the winner of the auction to use it within open network guidelines, Verizon sued the FCC to attempt to stop the auction from going forward.

“Imposing any such requirements in the competitive wireless market would reduce the revenue the government will receive from the spectrum auction and limit the introduction of new and innovative wireless service,” is what Verizon had to say at the time.

That, of course, turned out to be a preposterous statement as the spectrum auction went forward and garnered nearly double the amount of cash the government had hoped for from the bidding (our coverage) — most of that, coming from none other than Verizon. (AT&T and Echostar won some smaller parts of the spectrum as well.)

Once Verizon knew the auction was going forward it clearly did not want to lose. This made for an interesting situation given the talk that Google might have been placing a bid simply to make sure the minimum was reached for opening the C-block. It appears, that may have been precisely what took place.

Google ended up with no licenses for any of the spectrum, but did get what it wanted: An open spectrum. 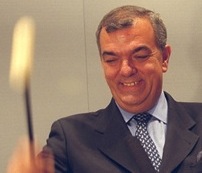 Meanwhile, Verizon has control of the spectrum, but must do with it what it initially sued to stop, keep it open.

Of course, Verizon has changed its tune since that lawsuit and now seemingly favors open networks. However, questions remain if this “open” talk is simply spin or a legitimate effort to help developers and consumers (our coverage). What Verizon ultimately does with the 700 Mhz spectrum should speak to its intentions.

Looking back on these events, history may judge it as (if I can reconstitute a quote from Charles Baudelaire famously used in The Usual Suspects): The greatest trick Google ever pulled, was convincing the world it was bidding to win the spectrum auction.

update: Google put up a short post on its Public Policy Blog weighing in on the matter (they can’t say much due to the FCC’s anti-collusion rules). Basically, it reads as: Thanks everyone for playing!