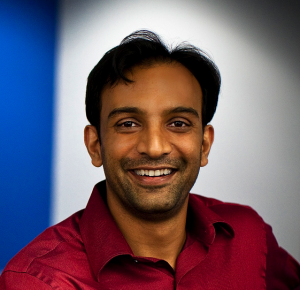 Patil will remain as an advisor at Color, but he will no longer be involved in the day-to-day activities. The company does not plan on hiring another chief product officer to replace him, Patil told VentureBeat. Before Color, Patil served as the chief scientist of business social networking site LinkedIn.

He is joining the venture capital firm as a “data scientist in residence.” But that’s not scientist in the traditional use of the term like physicists and chemists — rather, it refers to the guys that develop tools and products like LinkedIn’s “recommended people” application.

“We’re the guys that try to figure out, what’s the magic number of crops you need to have in Farmville before you’re really truly engaged, what’s the magic number of friends I have to get before you really are going to treat the system differently,” Patil said. “At Greylock, it’s going to be, how do you take this whole emerging field of data science and put a rocket ship on it.”

“Entrepreneur in residence” is usually a short-term position that a venture capital firm offers to a promising and proven entrepreneur, giving the firm a chance to benefit from his experience while he or she explores new startup possibilities — opportunities which may, in turn, be funded by the firm.

Patil said he was encouraged by his former boss, Color chief executive officer Bill Nguyen, to go off and work at his own startup. He said he left Color on very good terms. At Greylock, he will serve as both an entrepreneur in residence and an executive in residence. That means that, if the situation calls for it, he will join a company as an executive and will advise companies like Zynga about how to handle large amounts of data.

“As we kept talking, one of the things he kept encouraging me to do was to think of what I’m doing, what’s my own unique mark,” Patil said. “It just became a natural feeling that said, ‘yeah I want to try new things,’ Bill has been super helpful and absolutely outstanding of how to help me figure out what to do next.”

Color’s leadership team at one point included the likes of co-founder and chief executive Bill Nguyen (founder of Lala, the music service acquired in 2009 by Apple), co-founder and president Peter Pham (formerly CEO of BillShrink) and Patil. Pham left Color in May.