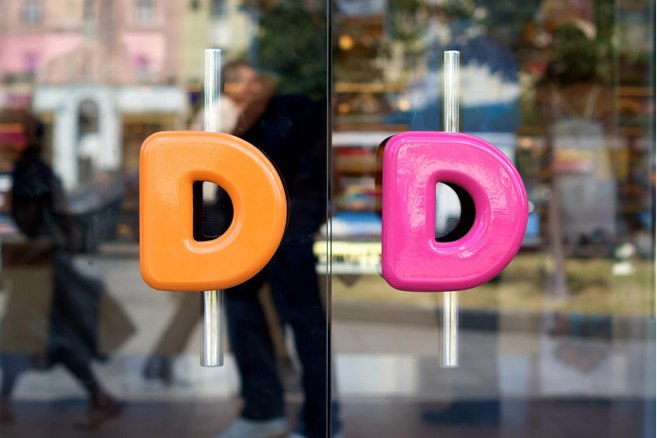 Borrowing an idea already made popular by Starbucks, quick-service coffee and donut franchise Dunkin’ Donuts today released applications for iOS and Android that allow its customers to pay with their mobile devices.

Dunkin’ Donuts, like Starbucks, employs a 2-D barcode scanning system for mobile payments. Customers load funds onto a digital Dunkin’ card and hold the card’s barcode up to a scanner to pay for their food and beverage treats. 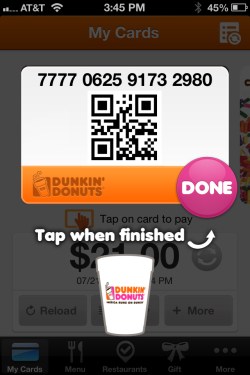 The new mobile pay option is accepted in-store and at drive-thru windows at the chain’s more than 7,000 U.S. locations.

“With our new mobile app, we are enabling an entirely new level of speed and convenience for our guests that will further distinguish our brand throughout the country,” Dunkin’s chief global marketing officer John Costello said in a statement.

Those comfortable with the Stabucks mobile pay experience will feel right at home inside the Dunkin’ app for iPhone or Android, as there’s an uncanny resemblance between the two apps.

Starbucks first shipped its mobile pay system in January 2011; it has since become the top mobile payment network and has processed 60 million mobile transactions to date. Perhaps following in the brand’s footsteps isn’t such a bad idea.

The pay-by-phone, digital wallet movement will pick even more steam when Merchant Customer Exchange, the company created by 14 top retailers, ships its mobile pay applications for quick checkout at places such as Shell, Best Buy, Target, Wal-Mart, and 7-Eleven.