Founded out of New York in 2014, the company will use this new cash influx to expand its current services with new tools “centered on engagement and monetization to support more publisher verticals.”

As with similar services, Dwnld targets companies looking to recreate their existing online presence in the form of a native mobile app. Catering to both iOS and Android, Dwnld lets companies plug their online content from the likes of WordPress, Tumblr, Squarespace, or Wix directly into Dwnld. Or, alternatively, they can use Dwnld’s own content management system (CMS) to create content from scratch.

With the content in place, users then choose a layout from pre-existing themes, similar to how a WordPress blog works for novice coders / designers. Users can then tweak the look and feel by editing fonts, colors, navigation, and more, and publish the work directly to the App Store and Google Play. 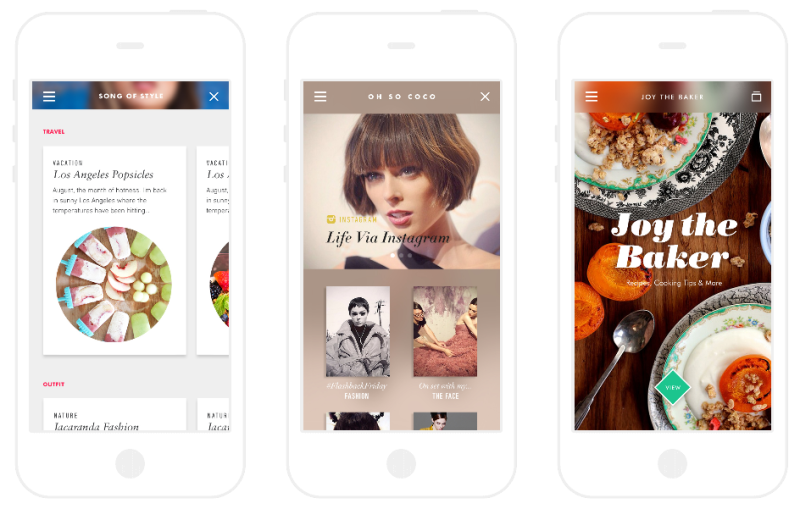 There are, of course, many other build-your-own-app companies out there for coding newbs, but many of them are HTML “wrappers” rather than actual native apps. Earlier this year, Netherlands-based AppMachine raised $15 million to help non-coders build their own native apps, too, but Dwnld is trumpeting at least one differentiator.

As an example, it has a completely free tier — users can create and publish apps without paying a dime. But as you’d expect, this tier is very limited — it’s restricted to iOS only, offers no push notifications, features advertisements, and apps aren’t allowed to charge for content. These seem like fair trade-offs to test out the service, but why it doesn’t give users the choice between iOS and Android for the preferred platform is beyond me.

“Now that we’ve proven demand for a simple, premium quality mobile app solution in the media space, we’re taking the value proposition to all categories,” said Dwnld cofounder and CEO, Alexandra Keating. “And in launching a completely free subscription tier, we’ve created an environment where absolutely anyone can have an app. There are no longer barriers of price, technical resources, or difficulty.”