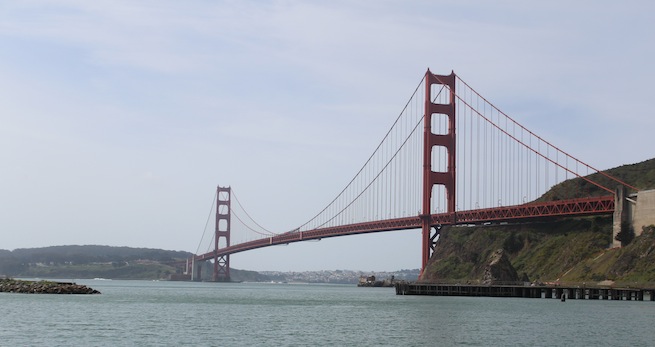 Frustration. That’s the dominant note sounded by commenters at this week’s Mobile Summit, an invitation-only conclave of mobile-industry executives and investors sponsored by VentureBeat.

It’s polite frustration, to be sure. But again and again, I’ve heard on-stage speakers or members of the audience in various discussions allude to their difficulties working with carriers, with Apple, with Google, or with the vast profusion of platforms out there.

One hundred and eighty executives and investors came to the Mobile Summit at scenic Cavallo Point, just across the Golden Gate Bridge from San Francisco, for a one-and-a-half-day discussion of the biggest themes facing the mobile industry. Judging from various show-of-hands questions, I’d say about half the audience represented startups making apps of one kind or another. There was a smaller but very influential segment of carrier and infrastructure providers, including Verizon, AT&T, and Cisco. Larger corporations, many offering enterprise services, were also in attendance, including Google, Salesforce, Box, Intuit, and more. A swath of venture capitalists looking for opportunities rounded out the crowd.

Many of the conversations were tinged with annoyance at the lack of infrastructure in certain key areas, such as geolocation services. In other cases, such as mobile payments, there’s such a wide diversity of options that it’s hard to know which horse to bet on. And one recurring theme was the high cost of customer acquisition and the difficulty of retaining customers, especially for apps.

As I’ve written before, the mobile industry is still highly fragmented, and it’s about to get worse. A lot has happened in the past five years, since the debut of the iOS and Android platforms. The playbooks that worked before were torn up, and new ones have not yet been written.

To take just one example, carriers used to control virtually every aspect of the mobile ecosystem, from the devices you could buy to the software you could run on them. Now they no longer control the operating systems or the apps. In some cases they don’t even control which devices can access their networks. Carriers have had to embrace innovation and openness to a far higher degree than before; Verizon, AT&T, and Sprint all now have innovation hubs aimed at making it easier for companies to create apps and devices that work on their networks.

Despite their efforts, carriers are still not moving fast enough, said Amber Case, founder of GeoLoqi, a geolocation toolkit provider, at the Mobile Summit. (Speaking from the crowd, AT&T’s senior executive VP of technology, John Donovan, took exception to that statement, and pointed out the many ways AT&T has embraced innovation and is trying to enable faster development and deployment on its network.)

But frustration is a signal of opportunity to savvy entrepreneurs and smart corporations, which is why the other big theme of this summit is entrepreneurial hunger.

In other words, the mobile industry presents a perfect entrepreneurial combination of chaos and uncertainty.

Smartphone usage has rocketed. Since 2008, an app economy has emerged that didn’t exist before, opening never-before-seen opportunities for even the tiniest of companies to reach out to mobile customers directly. Enterprises are struggling with a flood of portable devices they can’t control as easily or as completely as they could with Windows PCs.

And, thanks to the wide variety of platforms, devices, and carriers out there, just getting things to work in a predictable way is often a huge challenge, particularly for smaller companies and startups with limited resources.

Here are just a few of the areas where mobile infrastructure is lacking or fragmented, and where there are potentially huge opportunities for companies that can solve these problems: 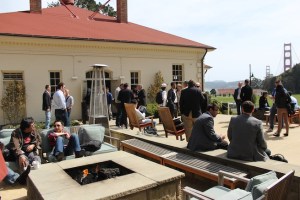 Above: Executives networking at VentureBeat's Mobile Summit 2012 at Cavallo Point in Sausalito, Calif.

Geolocation: GPS and other location-tracking technologies are now built into every smartphone, making it possible, in theory, to build amazing new apps that take advantage of your location. But there are still difficulties with accuracy and speed, as well as the reliability of getting a GPS signal. Plus, there’s no real ecosystem around location-based services: Every app has to build its own set of location services and use location in its own way.

Mobile payments: There are literally dozens of mobile payment providers, including mobile point-of-sale devices, mobile wallets. Many of these are not widely accepted yet, and are implemented inconsistently between devices (only a minority of phones in the U.S. yet support NFC, for instance). That makes it a challenge for anyone who wants to take or make payments via phone.

Car interfaces: Mercedes showed off a very slick SLS AMG (a $200,000 sports car) with a built-in, Android-based dashboard display. Ford has long had its own Sync system (powered by Microsoft) that integrates with many smartphones. GM has its OnStar network, which can be used by third parties to offer additional services (for example, RelayRides, a peer-to-peer car rental service, takes advantage of OnStar to let renters unlock and start a car via their phones). The problem is all of these systems are incompatible. If you want to make a car-oriented app for a smartphone or tablet, you need to customize it for each car maker, and in some cases for specific models.

Identity management: Smartphones and tablets are increasingly becoming the primary computing devices used by employees. In some cases, IT departments issue tablets to new employees instead of PCs. The difficulty is that with these devices, most of the data resides in the cloud, not on the device itself, creating new security and management issues for IT. In a way, this turns the old security issue (locking down individual PCs) into an identity management issue (making sure that people are who they say they are, and giving them access to cloud data and apps accordingly). Solving this problem could also create new consumer opportunities, by turning phones into authentication devices that help you identify yourself in a wide variety of contexts (your home, your office, your car, etc.).

Enterprise device management: As enterprises deploy tablets and smartphones to their employees, they also need a way to manage those devices appropriately. The challenge is you can’t just impose total control on these devices, as you could with PCs — particularly if the employees are bringing their own devices. A smartphone is simply a more personal thing, and people want the option to use Instagram or Facebook alongside the official apps, VPN, or CRM tool. How do you manage phones in such a way that allows for personal use while still keeping the enterprise apps under control?

User acquisition: This was one of the biggest topics of the Mobile Summit. Both Apple’s App Store and the Android Market have become victims of their own success. As they’ve filled up with apps, it has become harder and harder for customers to find the apps they want, and more difficult for app makers to find the customers they crave. Brian Higgins, the vice president of product innovation for Verizon Wireless, who I interviewed on Monday, had a key point: He said that one of the most important things companies hoping to work with Verizon’s innovation centers can do is figure out what channel model they plan to use. It’s no longer enough to create an awesome app and hope that customers will find you: You need to figure out distribution, too. In a fragmented world that’s controlled by the likes of Apple, Amazon, and Google, that’s not an easy question to answer.

What opportunities do you think are the most enticing to mobile entrepreneurs?