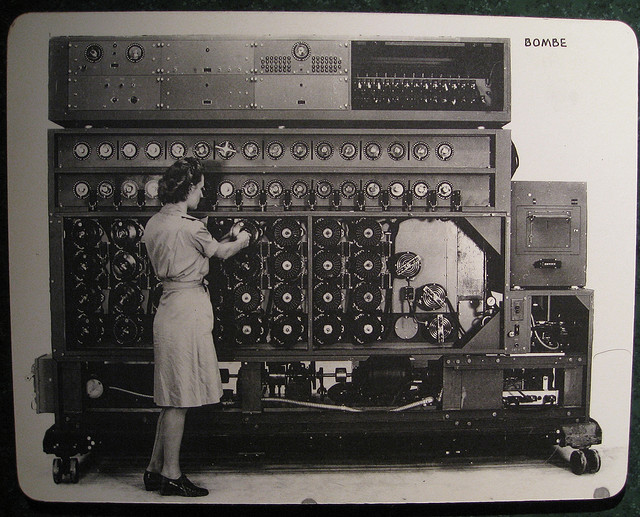 If anyone doubted the potential of the cloud, SAP‘s $3.4 billion acquisition of employee performance management company SuccessFactors makes it clear that there’s some hard economic reality to all this fluffy, jargony cloud business.

It could be overhyped — and a 50 percent premium over the pioneering cloud company’s market value is a pretty steep price — but an exit of that size is going to make a lot of people sit up and take notice.

Never mind that SAP announced the deal on a Saturday (seriously? don’t people have weekends in Germany?), or that it could, as it’s done with previous acquisitions, wind up burying SuccessFactors in the gigantic edifice of software and overpriced services that is SAP. But let’s be optimistic and assume that this is a smart acquisition. It’s SAP’s first big play in cloud services, and a first step away from the software- and server-centric model that has been so lucrative for SAP for decades.

(Anyway, any company that can get away with charging Hershey’s $115 million for a botched enterprise resource planning deployment — nearly ruining Halloween — is practically bombproof. SAP has also made hundreds of millions of dollars selling software to the U.S. military and the IRS. This company is going to do just fine.)

But it’s not just dollars that make the cloud interesting. In reality, the so-called cloud is simply the back side of the mobile revolution. It’s the Internet-connected computing power that makes it possible for Apple’s virtual assistant, Siri, to answer any question you might want to ask (well, almost any question). Without cloud computing, you couldn’t get Google Maps on your Android phone to tell you how to navigate to your destination. Cloud computing lets you use Dropbox to turn your iPad, with its measly 16GB of storage, into a portal to all the digital goods you own.

In short, nothing mobile would be worth much without a massive pile of infrastructure off in the Internet somewhere.

And that means that a surprising and wonderful side effect of moving from servers and software to cloud-based services is that you suddenly open up possibilities for people to use gadgets they actually like.

RehabCare Group, a physical therapy provider with more than 9,000 employees, switched much of its IT infrastructure to cloud-based services recently, enabling the company to replace mobile devices with Apple iPhones and iPads. It then saw a mind-blowing 92 percent reduction in broken devices.

I suspect the reduction was because employees were no longer hurling their outmoded Windows Mobile and BlackBerry phones against the wall in frustration, but perhaps it’s simply that the more locked-down iOS environment helps keep users from messing up their phones too much. Whatever the reason, that’s a shocking benefit. Its one that was driven from the top down, too, not by the IT department.

“When the CEO got an iPhone — that was the changing point,” said the company’s chief information officer. “[The CEO] said that it was the easiest-to-use computer that’s ever been created, and that nobody had to teach him how to use it.”

CEOs — and their egos — are driving adoption of iPads in other companies. “The tablet is corporate bling for executives,” Forbes contributor Tom Taulli said during another CloudBeat panel discussion. “When you get the ego going, you can sell a lot of software in the organization.”

Want to give your CEO an iPad? You probably also need web-based applications so she can do something with the tablet besides play Infinity Blade II. And that’s where the cloud comes in.

Of course, it helps that our mobile devices have unheard-of amounts of computing power. As Michio Kaku wrote in his book, Physics of the Future, a musical greeting card has more computational power in its tiny, disposable chip than all of the Allied forces commanded in 1945. A cellphone has more processing power than NASA had in 1969, and the PlayStation 3, which costs $300, has computing power comparable to a multi-million-dollar military supercomputer in 1997.

Kaku’s book came out in March, so those analogies are probably already obsolete by now.

“The old paradigm (a single chip inside a desktop computer or laptop connected to a computer) is being replaced by a new paradigm (thousands of chips scattered inside every artifact, such as furniture, appliances, pictures, walls, cars and clothes, all talking to one another and connected to the Internet,” Kaku wrote. “The destiny of computers is to become invisible.”

Of course, the Allied forces used their computing power to decrypt Enigma and defeat the Nazis, while your greeting card is playing “Rudolf the Red-Nosed Reindeer.” And in 1969 NASA was using its computers to put a man on the effing moon, while your smartphone gets used primarily to post updates to Twitter.

And what are we using the historically unprecedented and nearly limitless computing power of the cloud for?

Reconnecting with high school crushes on Facebook and watching Glee on Hulu, mostly.

But I’m sure we’ll find something useful to do with all that power in 2012.

Top photo: This U.S. Navy “bombe” was one of many computers used to decrypt German military communiqués. It was much too large to fit inside a greeting card. Image source: J. Brew/Flickr.