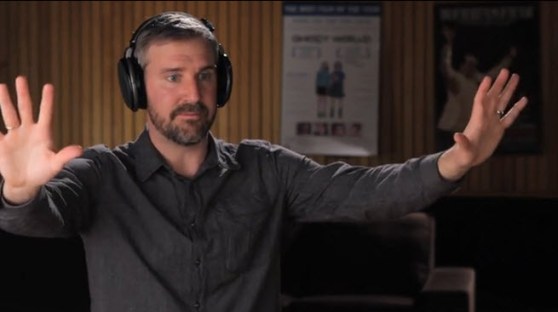 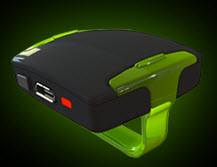 Rondo Motion uses a motion-sensing module that detects the movement of your head. If you turn your head in one direction, Rondo Motion modifies the sound in a spatially correct way, so that you can listen to audio with directional awareness. That gives you a sense of “being there,” with a more life-like audio reproduction on headphones. In creating the Rondo Motion technology, the company hopes to bring innovation to audio headphones that haven’t changed much since the 1990s.

It is akin to a surround-sound experience, but with headphones and audio that only you can hear. Robert Dalton, the cofounder of San Francisco-based Dysonics and chief technology officer, said in an interview with VentureBeat that the motion-tracking technology, which is used in game consoles like the Nintendo Wii and Microsoft’s Kinect for the Xbox 360, delivers a better, more immersive audio experience.

“It’s like you’re listening to a live performance or a concert in person,” he said. “In an audio headset, you lose the sense of space. We want to bring that back. We want to make it sound like you are not wearing headsets at all.”

You can get this kind of experience in an amphitheater or a multispeaker home theater system.

“But, the same performance on your headphones greatly lacks that realistic quality,” said University of California, Davis emeritus professor Ralph Algazi, a cofounder at Dysonics. “Headphones take that big open sound and confine it between your ears and often in the middle of the head. Our goal is to bring to headphones the quality and the pleasure of the home theater and the live performance.”

Dysonics combines software smarts and hardware together. The hardware includes a motion-sensing chip with a three-axis accelerometer and a three-axis gyroscope. That enables the chip, which straps onto any headset, to sense both rotation and acceleration. A low-energy Bluetooth 4.0 component wirelessly transfers that data to your listening device, such as an iPhone. A free Apple iOS app, dubbed Rondo Player for iOS, takes the sensor data and mixes it with the music, creating a file in the Rondo format. When you listen to your music, it has an added 3D spatial quality.

“We stitch the audio together with the motion data,” Dalton said. “You get a panoramic sound experience.”

You can turn your head to point your ears in the direction where sound is coming from. That free iOS app was released in December. But it works best with the motion-sensing hardware. To build that hardware, Dysonics needs $60,000 in funding via its Kickstarter campaign.

The Rondo Motion device has a rechargeable lithium battery with more than 16 hours of life. Dalton says it reproduces a feeling of listening to music in a professional-quality sound room. 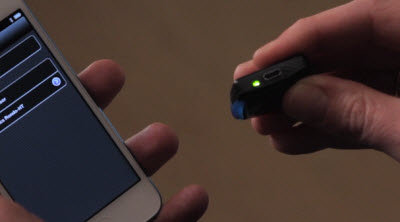 In the past, the technology was bigger and too bulky to use. It consumed too much power as well. But the cost of a motion-sensor has dropped dramatically thanks to its use in devices such as the game consoles, Algazi said.

Dysonics has patented the technology, which is based on 15 years of audio research led by Algazi, a UC Davis scientist. The audio capturing technology for the company was initially developed at the UC Davis technology incubator, dubbed the Engineering Translational Technology Center (ETTC). The company was founded in 2011 and it has 10 people.

Futuresource Consulting, a market researcher, estimates the worldwide headphone market will reach $6 billion in revenues by 2016. Dysonics plans to release Android and Mac OS X versions of the player in the second half of 2013.

Dalton said he believes the 3D audio technology could be used with game systems, such as the Oculus Rift, a virtual reality headset, to create a more realistic gaming experience. But that’s something for the future. The technology could add something like $60 to the cost of a headphone.