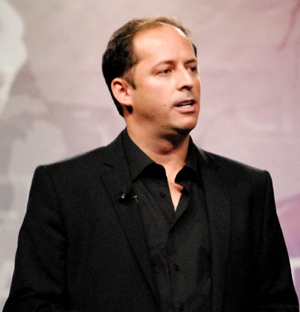 Speaking at the final keynote of the CTIA Enterprise and Applications 2011 conference, Jumio CEO Daniel Mattes (pictured) said a major new part of its service will go live in two weeks. The company will allow retailers to take credit cards using the camera on an iPhone, Android or BlackBerry device.

The service gained a bit more recognition than it normally would have thanks to its backing by Facebook co-founder Eduardo Saverin, who got spotlighted in last year’s popular film The Social Network. Saverin led the company’s $6.5 million in first-round funding.

“Eduardo told me he hadn’t seen a service so disruptive since Facebook,” Mattes said. “We know we have something big on our hands.”

Jumio currently offers a way for retailers to accept credit cards by waving a credit card in front of a webcam. But in two weeks, the service will let retailers take credit cards by using smartphone software and the camera on the back, which is a much better implementation because it means the point of sale can be anywhere.

One very cool element of the service is the way it detects credit cards. Using a “complicated” analysis technology, the phone can detect the material it is scanning. So if you used a high-resolution color photo of a credit card, Jumio will not take it. The card must be plastic to work.