Encrypted email service ProtonMail has come a long way since its global launch back in March 2016, introducing two-factor authentication (2FA), Tor support, and even rolling out a standalone VPN product.

But a major gap in ProtonMail’s “global” credentials so far has been its lack of language support. The service offered just an English interface at first, but back in January the company announced a new crowdsourced translation program as it sought volunteers to help expand the service beyond English.

Back in June, the company quietly rolled out French to the web interface, before adding German, Russian, Ukrainian, Spanish, Dutch, and Polish. But that clearly didn’t go far enough for its more than two million users around the world, so a few weeks back ProtonMail added the same seven languages to the Android app, and now the iOS incarnation is getting the same attention. 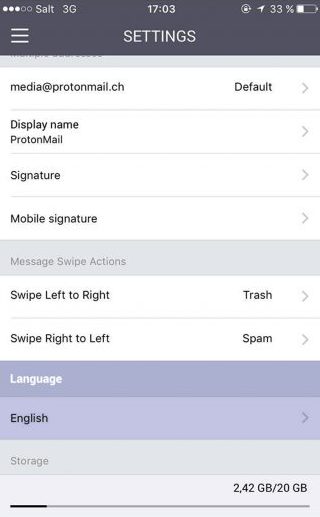 Founded out of CERN in 2013, ProtonMail uses client-side encryption, meaning all data is encrypted before it arrives on the company’s servers. With Donald Trump now in power, and high-profile data leaks permeating the news, there has been a surge in sign-ups for online privacy tools, such as VPNs and encrypted messaging services.

But for ProtonMail to reach true scale, it does need to cater to more languages — which is an expensive endeavor. That’s why the company followed in the footsteps of other firms by asking its loyal user base to convert its interface into additional languages. Facebook was among the first high-profile tech startups to sidestep professional translators in favor of crowdsourcing.

ProtonMail said that 3,000 people originally applied for its translation program, and around 200 are still active across various languages. Languages up next are Chinese, Italian, Czech, Portuguese, and Romanian, among others.