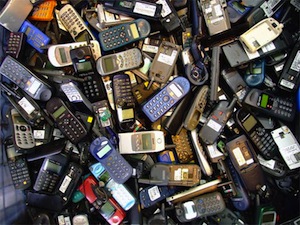 A team of four mobile entrepreneurs and investors just announced that they’ve formed Eniac Ventures, a seed investment firm aiming to back in mobile startups.

Eniac is the supposedly the first seed fund with an exclusive focus on the mobile industry. And its partners Hadley Harris, Nihal Mehta, Vic Singh, and Tim Young aren’t just investors — they all have high-level positions at mobile startups right now. Mehta, for example, was an angel investor in AdMob (which was acquired by Google for $750 million), but he’s also the chief executive of mobile startup Buzzd.

The firm is named after the world’s first computer. The idea is that the mobile phones are the next big computing platform and will, in Mehta’s words, become “bigger than the Web giants that emerged a decade ago.” (Plus, Eniac was built at the University of Pennsylvania, which is where the four partners met as well.)

Eniac says it has already invested in six startups, including Localytics, MightyMeeting, Instinctiv, and Philo.