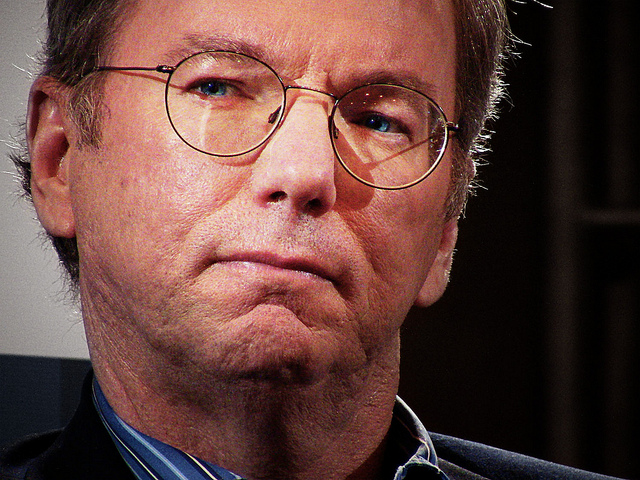 In Oracle’s ongoing lawsuit with Google over Android, Oracle’s attorneys today displayed a slew of documents showing Google thought it needed software licensing agreements from Sun to use Java in the Android operating system. However, Schmidt directly contradicted the multiple emails and presentations from 2005 and 2006, stating he never thought Google needed such permission to work with the open-source software.

It largely boils down to a he-said-she-said argument in this trial, with Oracle claiming Schmidt and Google knew they didn’t have free and clear rights to Java, and Google claiming it did — or that Schmidt, former Sun CEO Jonathan Schwartz, and other key executives thought it did.

In one presentation, Java’s class libraries and virtual machines were said by Android founder Andy Rubin to be “a hotspot” for the company, with the Android team still shopping for partners for these, such as IBM and a few others. “The team looked to try to figure out what the best JVM solutions were,” said Schmidt, mentioning that the team was trying out some Apache software, as well.

And the reason Google was searching for such alternatives, Oracle’s attorney implied, was because the search giant was trying to avoid licensing the software through Sun.

Senior executives at Google also reviewed a presentation about a possible deal between Google and Sun to work on Android, to accelerate Android development, and to create a Microsoft-busting alliance. Google founders Sergei Brin and Larry Page were asking for alternatives to Java for Chrome and Android, but that the alternatives “sucked” and that a Java license needed to be negotiated with Sun.

“I was aware at the time that we were thinking about what to do,” said Schmidt. Oracle’s attorney asked whether Schmidt thought at that time that Google was required to take a license from Sun. “Given the way Sun’s licensing model works, that is not actually correct,” he responded.

“I believe… you need to have a license to use their [Java] logo,” Schmidt said during Google’s questioning to clarify what that part of the presentation meant.

At the end of Oracle’s questioning during the first phase of this trial, Schmidt’s testimony seemed to contradict earlier statements from Rubin that he knew the technology was copyrighted and would require licensing.

Next, Schmidt will be questioned by Google’s attorneys and will likely be telling an equally complex story. Stay tuned for more.