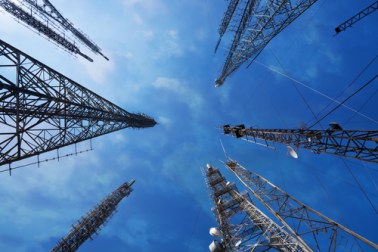 When you sign up for a smartphone, you are usually required to sign up for a data plan. The application you downloaded, the email you sent, the social app you updated, they all use the mobile web and whittle at the allotted amount of data allowed by your subscription. These plans can be expensive, and unlimited data plans are now being phased out by top US mobile providers Verizon, AT&T, and now Sprint, which recently killed off unlimited data for tablets.

Ericsson predicts data usage will continue to rise, with 900 million subscriptions increasing to 5 billion in only five years. The reasoning? People are watching videos on their mobile devices much more often. Tablets are prime for watching video on the go, and smartphone screens have only increased in quality, including some crazy new innovations from companies such as Samsung, which plans to release flexible screens in its 2012 mobile line-up.

Perhaps even more fascinating is the fact that 60 percent of our data usage in 2016 will come from users occupying only 1 percent of the Earth’s landmass, according to the report. Ericsson predicts that in 2016, 30 percent of the world’s population will exist in high-density metropolitan areas, with around 1,000 people per square kilometer.

Given the small land-share for so many people, it’s worrisome that Ericsson also reports that in 2011, 69 percent of people have used their devices for activities other than voice while commuting. Thankfully, however, the majority of that usage in the US comes from listening to music, about 30 percent of commuters, and GPS, about 28 percent. Gaming comes in at around 14 percent as the third most performed activity.

The increase in data subscriptions may mean more pressure on operators to provide better plans and download speeds, or even reinstate unlimited data plans.

See some of Ericsson’s charts below: