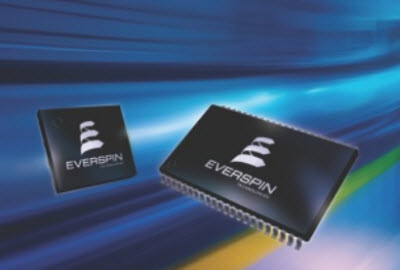 Everspin Technologies has been trying to carve out a niche for its magnetic RAM — a new kind of memory chip — for some time. So it’s encouraging that the company is reporting today that it grew its MRAM shipments by more than 300 percent in 2011.

Magnetic Random Access Memory (MRAM) chips perform the same functions as permanent flash memory chips but also have the responsive speed of dynamic random access memory (DRAM). The MRAM chips use the spin, or the directional facing of a magnet, to store data in digital form.

Chandler, Ariz.-based Everspin is still the only company shipping production quantities of MRAM. And it is seeing customer adoption from big companies. Altogether, the company has more than 300 active customers with 100-plus MRAM products in three major markets. More than 100 applications are using MRAM today, and in 2011, the company secured more than 250 new design wins for those designing MRAM into their products.

In 2011, Everspin shipped more than 2 million units. Jim Handy, an analyst at Objective Analysis, said MRAM has gained traction as a superior alternative to non-volatile SRAM chips for RAID controllers, used in the enterprise storage market. Everspin’s products are being used in industrial, energy, and automotive markets. But the big growth segment in 2011 was enterprise storage and server and networking equipment. Customers in that market include Dell and LSI.