Samsung’s much-anticipated Galaxy Unpacked 2019 event came and went, and although we had a good idea in advance of what to expect, we now know for sure what the Korean tech titan has been cooking up.

While Samsung has made a tradition of launching new products at its annual Unpacked event, the 2019 incarnation was a little special. Not only did it mark the Samsung Galaxy brand’s 10-year anniversary, the company also took the occasion to reveal that it has now sold more than 2 billion Galaxy smartphones over the past decade. More importantly, however, Samsung used the occasion to launch a brand-new form factor.

Here’s a quick recap of everything Samsung announced at its Galaxy Unpacked 2019 event.

Rather than saving its much-hyped foldable for a big reveal at the end, Samsung unwrapped the all-new Galaxy Fold at the start. After all, why make people wait for what is the first truly new mobile form factor in some years?

In a nutshell, the Galaxy Fold is a smartphone that unfolds into a tablet-like device. It doesn’t have a conventional hinge like a laptop might, however — the screen itself folds.

Though we can expect other foldable device launches from other technology companies in the coming months, Samsung is the first to reveal firm dates and prices. The damage? The LTE version starts at an eye-watering $1,980, while there is also a 5G version that presumably costs more. The Galaxy Fold will be available to buy on April 26.

Read more: Samsung announces the Galaxy Fold, a phone that opens into a tablet

As expected, Samsung unveiled its new S10 series of devices at Galaxy Unpacked 2019. The main lineup constitutes three devices — the Galaxy S10, the bigger-screened Galaxy S10+, and a lower-end (and smaller-screened) variant called the Galaxy S10e.

Between them, the phones offer a bunch of new aesthetic and feature-based tweaks compared to previous versions, including triple rear-facing cameras, bezel-minimalism in the form of “hole-punch” displays, and reverse wireless charging. 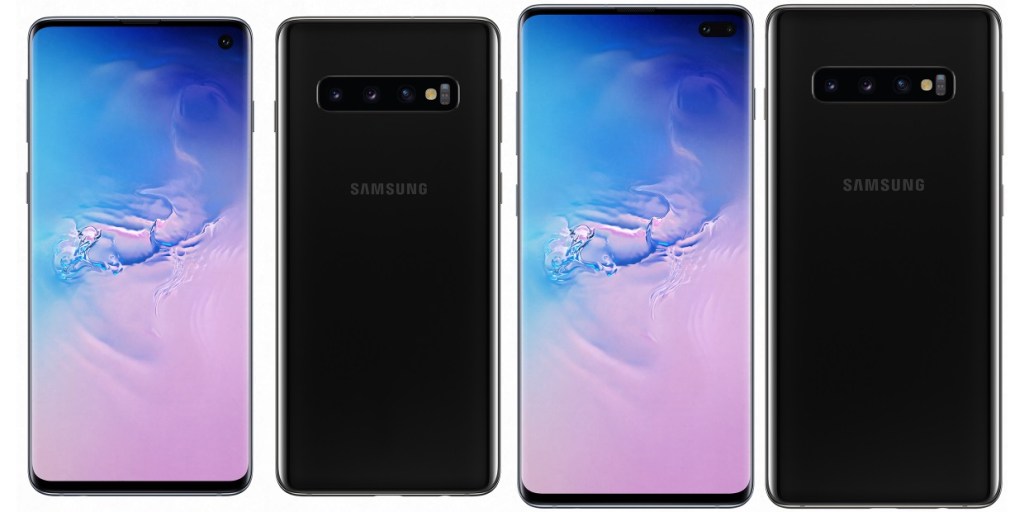 It’s worth noting that Samsung actually drew back the curtain on a fourth variant of the S10. As its name suggests, the Samsung Galaxy S10 5G promises support for next-generation 5G cellular networks. The device will debut in the U.S. on Verizon Wireless before rolling out to other U.S. and European carriers later this year. 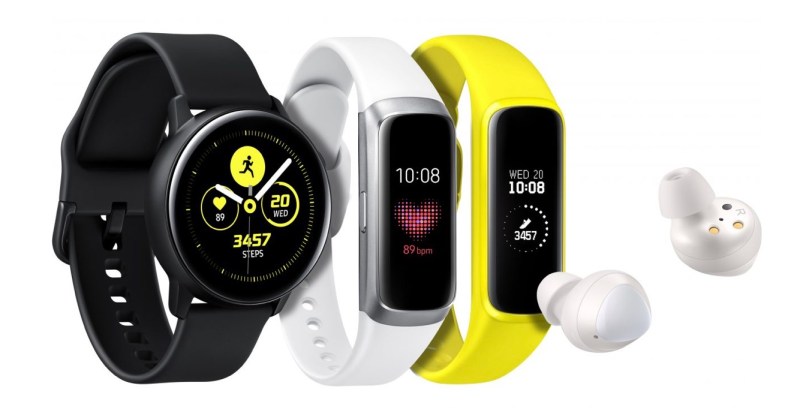 These leaked extensively in advance, but we now have a little more information on Samsung’s latest wrist-worn wearables lineup: the Galaxy Watch Active and Galaxy Fit.

Additionally, Samsung launched the Galaxy Fit, which is a Fitbit-like health tracking device designed to replace the previous Gear Fit 2 series. Priced at $99, it will go on sale May 31.

Samsung actually unveiled a third “wearable” at its Galaxy Unpacked 2019 event. The Galaxy Buds are wireless earbuds that can communicate with Samsung’s digital assistant, Bixby, and can also wirelessly charge on the back of the new S10 smartphone.

The Galaxy Buds will be available in three colors and can be purchased from March 8 for $129.

In addition to Bixby support in the new Galaxy Buds, Samsung revealed that its Galaxy Home smart speaker — which was first announced last August — will go on sale by April.

Samsung also wants to improve Bixby’s usefulness through Routines, a new AI-powered feature that learns your habits and tries to anticipate your needs. For example, an evening routine may involve muting your phone and activating “night mode,” while an in-car routine could entail turning on hands-free voice commands — it’s all about saving the user from having to manually configure their phone for specific situations.

The phone that learns your habits to blend seamlessly into your day. #GalaxyS10 #SamsungEvent
Learn more: https://t.co/1q8ihACGjB pic.twitter.com/zNIlrP46kd

Finally, so far Bixby has only been available in Korean, U.S. English, and Mandarin, But now it will also officially support U.K. English, German, Italian, and Spanish (Spain) — something we’ve known has been coming for a while.