After losing the consumer smartphone business to the iPhone and Android, BlackBerry is now focusing on becoming the ideal mobile solution for government and enterprise customers. And a big way to accomplish that is by offering security solutions that no competitors offer.

That’s precisely what BlackBerry made clear during its Security Summit in New York City today. Under its new CEO John Chen, BlackBerry is slimmer (following a round of layoffs), more focused, and finally ready to make its mark once again.

Here are a few of the highlights from today’s event:

BlackBerry’s big announcement this morning was the acquisition of the mobile security company Secusmart, whose technology can secure just about every aspect of mobile device communications. In particular, the company is uniquely able to secure voice communications, something that many governments and enterprises may find immensely useful.

“BlackBerry is betting big on a new market opportunity that currently no other platform addresses,” said Jack Gold, principal analyst at J. Gold Associates, in a chat with VentureBeat.

“This is the real goal behind the Secusmart acquisition: getting to the secure voice market where BlackBerry can lead all of its competitors. If BlackBerry can raise the awareness and get the market, particularly in enterprise and regulated industries, to recognize the need for secure voice and the amount of potential loss, then BlackBerry could win big in the market.”

There are plenty of apps that offer secure voice calling, but Secusmart has also developed its own hardware-based encryption solution which goes a step further than a mere app. Expect this acquisition to lead to many new interesting features in BlackBerry’s platform and future devices.

Above: The stage at BlackBerry’s Security Summit

BlackBerry is thinking about Internet of things security

While many businesses are still figuring out ways to secure their employees’ smartphones and tablets, BlackBerry says it already has an eye on an even bigger security risk: the Internet of things (IoT).

“We are preparing ourselves through the whole concept of IoT, the whole focus is on scalability and security, that whole focus will differentiate us to come,” BlackBerry CEO John Chen said during this opening remarks.

While the company didn’t have many specifics around its plans for IoT devices, I wouldn’t be surprised if it ends up being a part of the BES Cloud service, which is its first attempt to move its enterprise device management suite to the cloud.

“If you think [managing] BYOD is difficult, let me tell you the IoT is BYOD on steroids,” said John Sims, president of BlackBerry’s enterprise unit. “If you don’t solve it now, this tsunami will hit your organization and you will be at sea. … This is a boardroom-level issue, not just an IT issue.”

Dan Dodge, the head of BlackBerry’s QNX division, noted that the potential issues for malware in IoT devices will be 1,000 times worse than what we’re dealing with today.

The QNX business is strong, & it will head to more devices

QNX, the connected device platform that served as the core of the BlackBerry 10 operating system, is headed to a slew of cars over the next few years. But BlackBerry’s ambitions won’t end there.

“We’re going to push QNX to connected home, connected factory, and human connections,” Chen said. He also mentioned that it could serve as BlackBerry’s gateway to the healthcare market, but added, “That’s more the long-term strategy.” BlackBerry expects QNX to bring in revenue over the next few years as it’s adapted in other connected devices.

QNX has its origins in car operating systems, so it’s not a huge surprise to see it showing up in plenty more vehicles. Chen says around 250 different car models will be running some form of QNX by 2016, and it’s also the core operating system for vehicles that support Apple’s CarPlay platform. 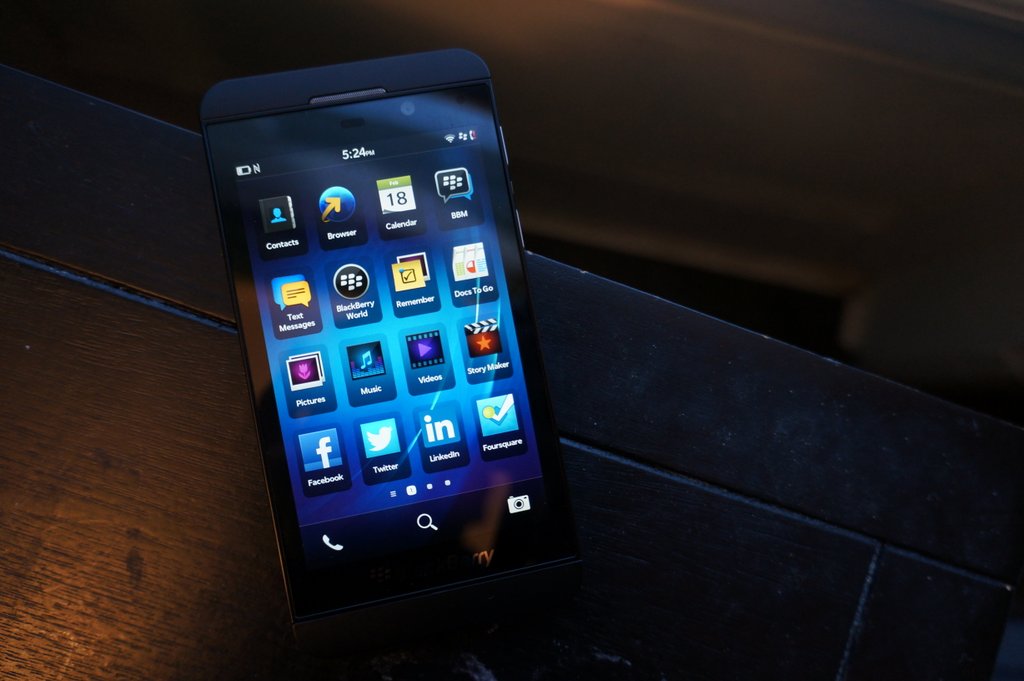 Above: The BlackBerry Z10 smartphone.

Android security will improve, but no new info on Android updates

After making Android app support a core part of the BlackBerry 10 OS, the company today announced BlackBerry Guardian, a new service that will scan Android apps for malicious software. It’ll be available on the upcoming BlackBerry Classic and Passport phones when they’re released later this year, and existing BlackBerry 10 device owners will receive it as part of a future OS update.

When I inquired during a Q&A session about the status of BlackBerry’s support for the Dalvik Android runtime, the mechanism which allows BB10 to run Android apps, BlackBerry executives didn’t have much to say. I’ve seen plenty of developers complain about the difficulty of porting their Android apps to BB10, mostly because it’s running a much older version of Dalvik compared to today’s Android phones.

Charles Eagen, BlackBerry’s software head, said that it’s continuing to improve support for the Android runtime. But he couldn’t comment on whether or not BlackBerry was looking into Google’s newly announced ART runtime, which will replace Dalvik in the next version of Android.

Above: BlackBerry’s next round of devices: The Z3, Classic, and Passport

As if to hammer home the idea that BlackBerry isn’t focusing as much on consumers today, Sims said plainly, “The Passport is not going to be a device for everyone.”

But he added that it’ll be useful for specific industries and employee roles due to its large screen and hardware keyboard, especially for healthcare professionals and spreadsheet analysis.

Eagen also pointed out that BlackBerry currently has a multi-year device portfolio in the works. Naturally, BlackBerry’s communications head cut him off before he could reveal too much.