Apple got tired of seeing iTunes customers walk across the street to Spotify, so it finally decided to launch its own subscription streaming service, Apple Music. The service was announced at Apple’s developer conference earlier this month, and will launch this Tuesday, June 30.

The new service will be available on iOS (iPhone, iPad, and iPod touch), Mac, and PC. This fall, Apple Music will also launch on Apple TV and Android phones.

Apple’s music offering has turned into a jumble of services, not helped by the arrival of Beats Music, whose brand names still exist in the Apple music offering. The best way to understand it is that all the services you see on iTunes today still exist, and now Apple has bolted on the subscription, live radio, and social elements. 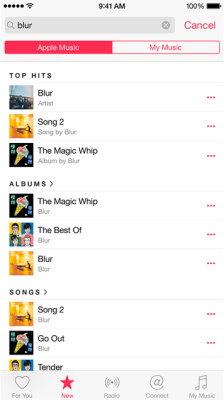 On the iPhone, the new Music app looks like a hybrid of the existing Music app in iOS and the Beats Music iOS app, with a few new navigation and curation features thrown in. The app consists of five major sections — For You, New, Radio, Connect, and My Music. We’ll take these one at a time below.

On the desktop, the new Apple Music services will be integrated into the design of the existing iTunes app in future versions of OS X.

Apple Music’s centerpiece is a suggestion engine called For You. It uses a combination of algorithms and human choice to present relevant music streams.

For You borrows a key feature from Beats Music to understand your music tastes. When you first start using it, you’re asked to tap a series of bubbles representing various genres and other characteristics.

The algorithm then takes into account your recent iTunes music purchases, as well as the music you’ve played recently in iTunes, to create a custom music stream. You can add your own art to your playlists. For You can also surface playlists from top artists, top songs, and top videos.

The most compelling feature is where Pitchfork editors will suggest new music. Rolling Stone and Apple Music editors will also make suggestions.

You can use Siri to ask for songs in Apple Music. She can also play top 10 lists. 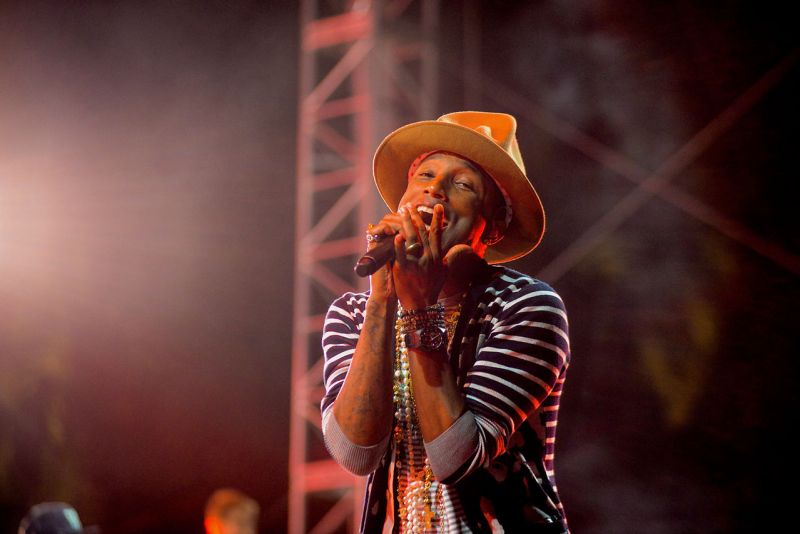 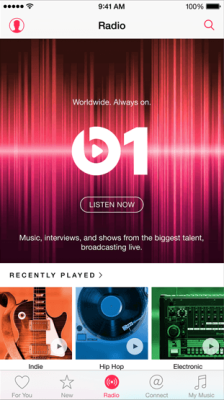 In Radio, Apple presents a new station called Beats One, which will feature radio personality Zane Lowe. The live broadcast will originate from three cities — New York, Los Angeles, and London — in what will sound something like a SiriusXM station. The programming will be live on weekdays, and will feature events and other live content on the weekends.

There will be no ads, which could pose a threat to Sirius and Pandora if Beats 1 adds a greater variety of content in the future. Sirius and Pandora rely on pushing ads in the car for their business, as the car is the number one listening place for streaming content.

This is the part where Apple will show you the latest chart-topping singles and records. In a music world as stratified (by taste) as it is today, will anybody really use this feature? Will some users think, “Gee, I really want to discover the most corporate, mainstream music available, and stream it”? Maybe so, but to me this page is little more than a marketing space. 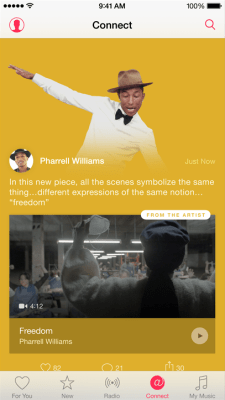 I’m equally skeptical of the new Connect service, which provides a social platform where artists like Drake or Pharrell can post music, pictures, lyrics, video, and commentary.

New artists, even unsigned artists, can post their songs on Connect. Artists can do this at their own websites, but there may be some value in socializing with fans at a common marketplace.

Apple Music also provides a space where you can save your music and playlists. The songs can come from both your own downloads collection and from Apple’s catalog of streaming tracks. You can save any of this music in playlists for offline listening.

Apple’s download music business has been suffering as consumers download fewer songs from iTunes and listen to more streaming music from services like Spotify and Google Play Music. Apple would prefer to retain some of those would-be defectors with its own streaming service.

Services like Spotify allow listeners to create their own music streams, with varying amounts of control over the specific songs that are played. Most have both a free tier and a premium tier, the free tier being ad-supported and offering less control over song selection, the paid tier having no ads and offering the ability to play songs on demand. 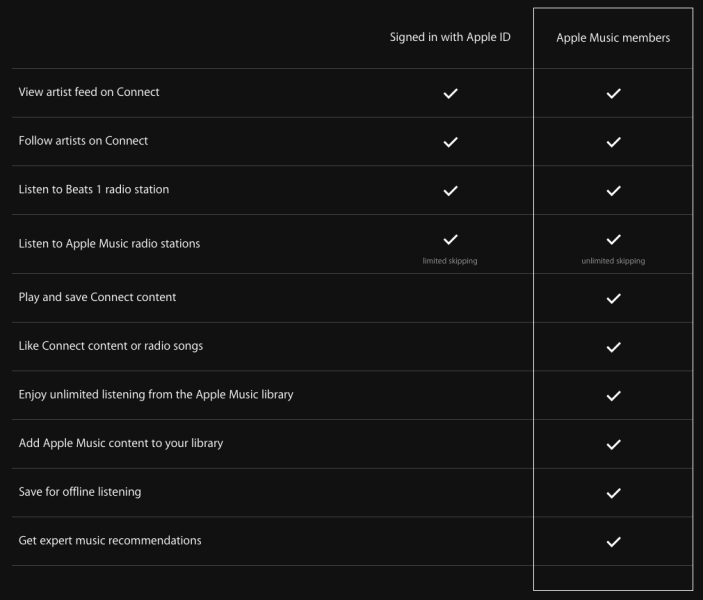