A new report is calling out the Android apps that use up the most battery, memory, and storage resources — even when running in the background.

If you use any of these apps — and you probably do — you’ll be glad when Android M arrives on your device later this year; Google just announced that its new Android M mobile OS will put apps to sleep when you’re not actively using them.

But until then, be advised that the Facebook and Spotify Music Android apps top the list of overall resource hogs, says the report from the mobile security company AVG. 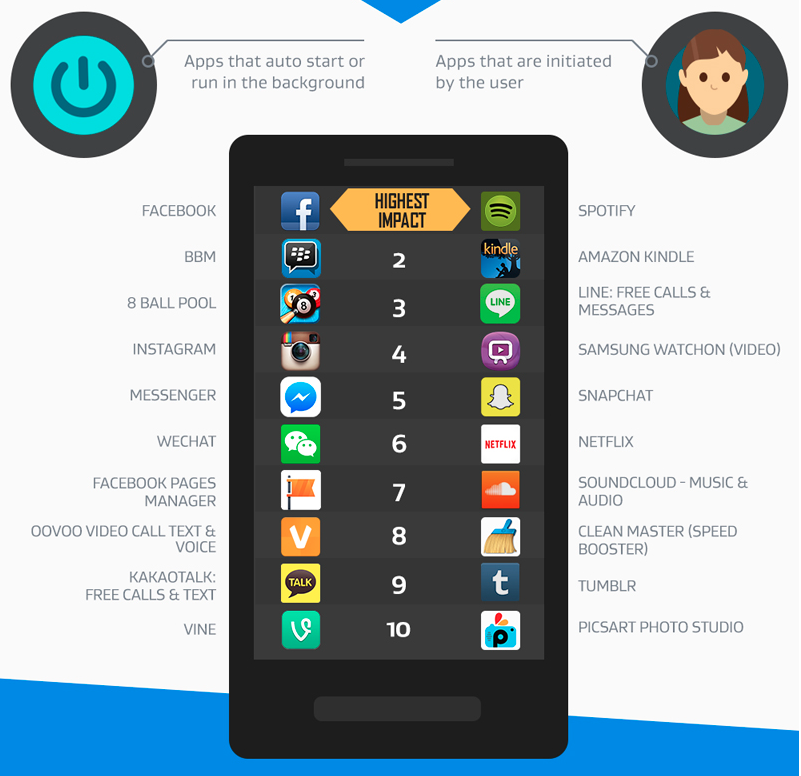 The lists rank the apps that use the most combined data, battery, and storage resources. AVG divides the the biggest hogs into two categories — one for auto-run apps and another for user-activated Android apps.

AVG also compiled lists of the apps that use the most phone battery (excluding data and storage use).

A pair of Samsung apps top the lists of battery suckers. The winner (loser?) among apps that run at startup is Beaming Service, a background service from Mobeam Inc. that comes bundled with many Samsung phones. Samsung’s Security Policy Updates also sucks up a lot of juice, AVG says.

The Facebook app also makes the list at No. 3, along with AVG’s competitor’s app, Lookout Security and Antivirus at No. 5. 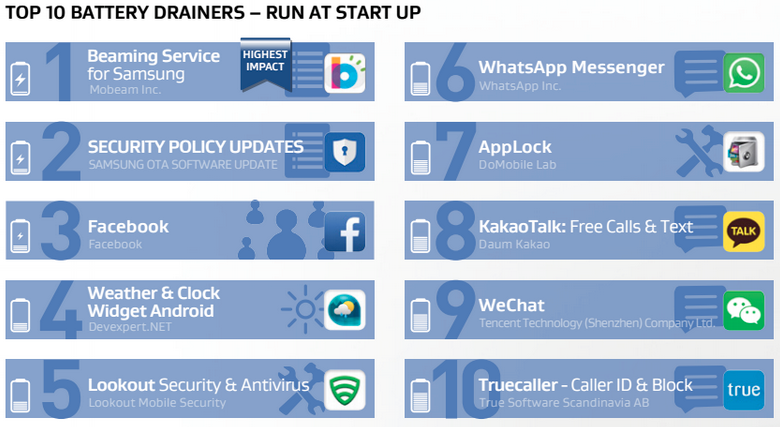 AVG calls out another Samsung app as being the biggest battery sucker of all apps launched by the user — the Samsung WatchOn video app. Snapchat also makes the list, along with Line, Amazon Kindle, and Spotify Music. 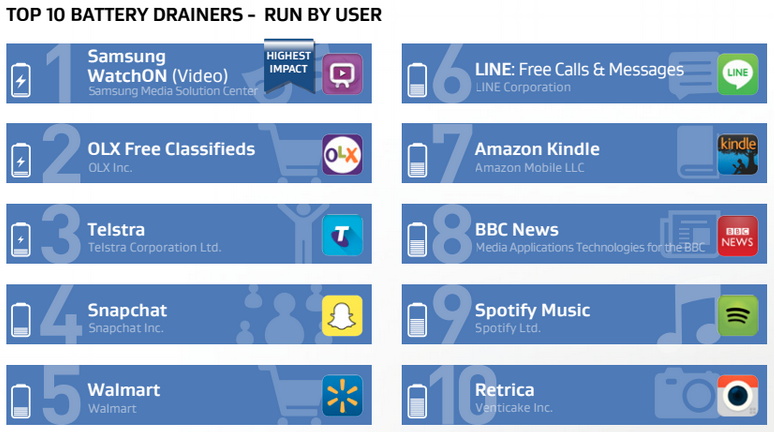 The stats come from an AVG Android App Performance Report Q1 2015, which analyzes data from more than one million AVG Android app users. You can access the full report here.

“Many of us take everyday practical apps like weather and chat for granted and despite spending little time on them, the impact on our devices is actually quite significant,” said Tony Anscombe of AVG Technologies. “A number of unexpected apps such as these are consuming battery, storage, and data traffic without users knowledge — and, in many cases, for no good reason.”