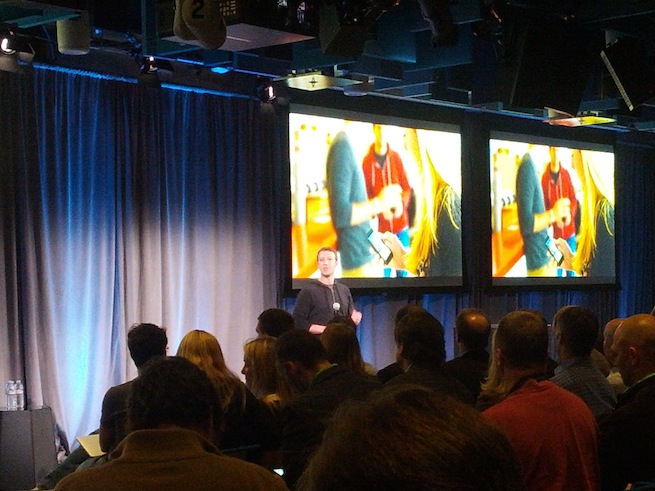 MENLO PARK, Calif. — Facebook is taking over the Android operating system, the company announced this morning in a huge event at its headquarters.

What does that actually mean? 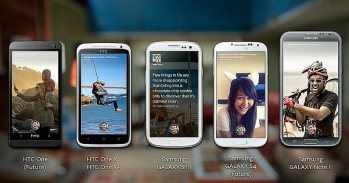 “Instead of our phones being designed around apps … we can flip that around and design our phones around people first,” said Facebook CEO Mark Zuckerberg.

The new Facebook Android plan isn’t an OS and isn’t a phone, he continued, but it’s “a whole lot deeper than an ordinary app.” Facebook is now providing a tone-setting homescreen that will make your Android phone a lot more personal. It’s a family of apps called “Home.”

He compared the new U.I. to the redesigned Facebook News Feed, which contains “all this fresh content that felt like home, that gave it a soul. … And as a result, we all started consuming a lot more overnight.”

Like News Feed, Timeline, and other recently designed Facebook experience, Home is extremely visual and features wall-to-wall images with overlaid text, kind of like you’d see in a high-quality magazine. All the apps you use are one swipe away, hidden under the splashy, people-focused overlay of images and notifications. 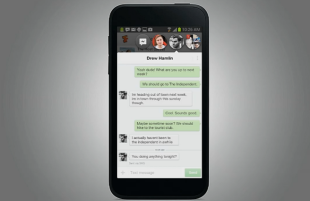 Messaging in particular has been pulled to the forefront. Rather than being one in a long line of apps you use, it gains prominence via an interface called “Chat Heads,” which works kind of like Pop-Up Video bubbles for your friends and messages. (We’ll have images coming soon.)

In a live demo, Facebook product director Adam Mosseri showed off some of Home’s features, saying that the designers have relied on simple, intuitive gestures and controls to compensate for removing standard Android navigation. To make sure you don’t miss out on anything important, notifications end up overlaid on your homescreen for your perusal and/or dismissal. And all the apps you still love that aren’t Facebook live in a traditional Android “app drawer.”

The highly anticipated Android-related announcement has had the Internet’s talking heads buzzing for a good couple weeks. The leaks around the announcement showed a new Facebook-themed interface and homescreen for Android phones. Our mobile expert, Devindra Hardawar, called the U.I. elegant enough to woo even those users who can’t stand Facebook.

This wouldn’t be the first time Facebook has focused a huge amount of attention, time, and effort on Android. The hacker-centric social network has put its engineering might behind Android’s code base in the past, even going so far as to offer Google an OS-saving patch in its hour of need. Why outsiders might assume an expected level of enmity between the two companies — Facebook and Google — as they begin to compete more on a social (and identity) battleground, their relationship is actually a bit more symbiotic, at least when it comes to Android. 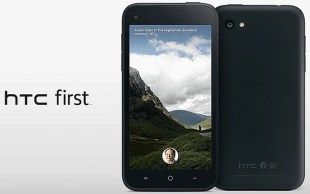 “What we have right now is an Android operating system with hundreds of millions of users that can have a great social experience,” said Shaver. “That’s the part we’re focused on.”

To get Facebook Home now, just open up Facebook Messenger on your Android phone; it’ll prompt you to download the new app. Tablet versions of Home will be available in several months.

The new Home app bundle will be available for some devices starting today, Zuckerberg said. April 12 will be the start date for the larger rollout, when you can download Home directly from Android Play.